8 REASONS WHY WE WILL ABSOLUTELY MISS JONGHYUN 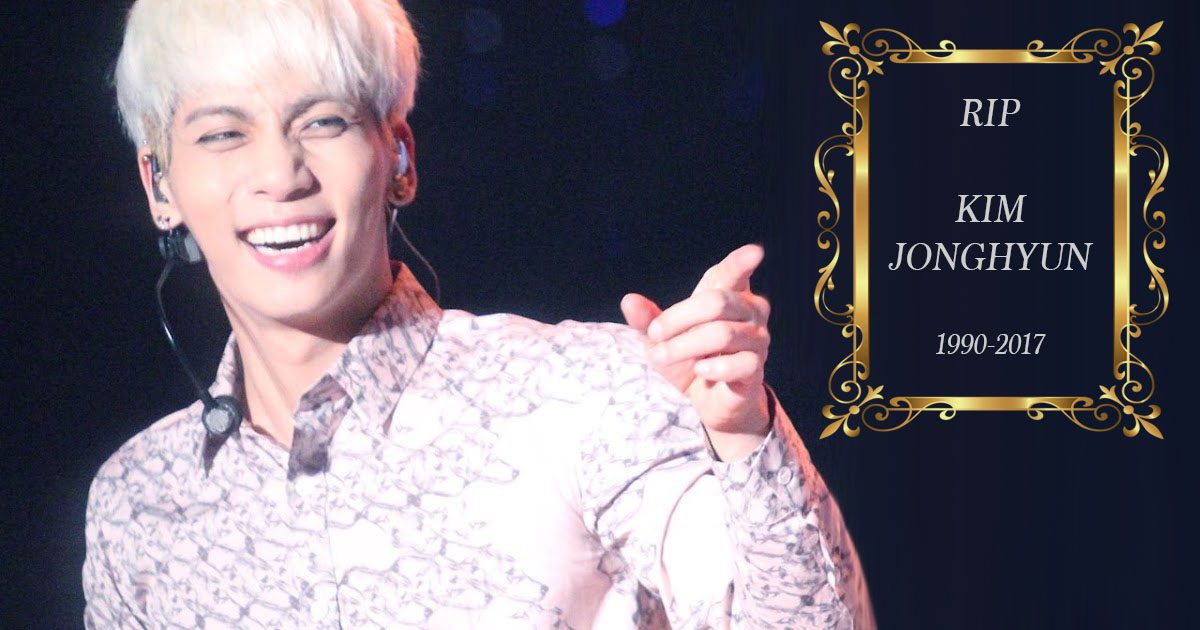 On December 18, 2017, SHINee’s Kim Jonghyun sadly passed away after apparent suicide. The South Korean police confirmed his death after he was discovered unconscious in a rented apartment by his sister.

The tragedy has left many Shawols and Kpop fans in general in a state of shock and disbelief. The whole fandom has been taken over by a sense of great loss.

It seems like Jonghyun had been suffering for quite a while now based on his heartbreaking suicide letter.

Without a doubt, we will miss him so so much now and here are the things which will make us yearn for him more.

Jonghyun was one of those artists who could light up a room with his smile. His happy expression extends even up to his eyes which would curve into beautiful crescents.

2. How humble he was

Sometimes when you look at certain celebrities, you would feel a diva’s aura from them, but not Jonghyun. The SHINee member is anything but arrogant.

He is always very respectful to other people, especially towards his elders and seniors.

Not only was he a really down to earth man, he was also really kind to everyone around him. There was once where he even comforted a girl as she was going through a tough day.

In the video, you can clearly see that Jonghyun wasn’t just acting, he was truly doing his best to cheer her up.

From witty jokes to slapstick comedy, Jonghyun can pretty much do it all. He is truly talented in so many ways, including making any audience laugh.

His ability to take jokes thrown at him makes everything so much more funny too, like when Minho constantly jabs at him about his height.

Watch this compilation of some of his funny moments here:

Jonghyun is undeniably good looking and he worked out very hard to maintain a sexy and toned body too. When he first debuted, we all knew he was just a skinny boy, but he exercised really hard ’til he had a super fit body.

He was the first SHINee member to show off his abs (yes, even before Minho), and we certainly will miss seeing him strut around the stage half naked.

6. The interaction between him and SHINee

Oh, how we will seeing fool around with Onew, Minho, Key and Taemin. Their cute little actions and even some provocative ‘skinship’ which they would display sometimes are the best parts about watching them on variety shows and concerts.

7. SHINee as a whole

As adorable as it is to watch them have fun together, nothing will beat the relationship and synergy which SHINee had. Every Shawol’s heart breaks a little at the thought of SHINee no longer having our beloved Jonghyun.

Above all else, we will definitely miss his soulful and unique voice. His voice has always been rather distinct and easy to differentiate from anyone else’s.

Whatever Jonghyun has gone through, we hope that he can now finally be at peace. May we all keep him in our memories but remember to be happy too.

WHEN WILL SHARIFAH SAKINAH APOLOGISE FOR DISRESPECTING THE LATE KIM JONGHYUN?!

Janna Nick has made an apology for laughing at Sharifah Sakinah’s disrespectful joke about the late Kim Jonghyun but the latter has yet to say anything.