Sad news for all American Idol fans this morning as the former TV show contestant, Leah LaBelle, and her husband, Rasual Butler, a former NBA player have died after a car crash. She was 31 and he was 38.

Los Angeles Police Department (LAPD) confirmed that a crash occurred in Studio City, California, early Wednesday morning. Rasual was driving the 2011 Land Rover and was travelling at a high speed when the car drove off the roadway and collided with the curb at about 2:25 AM.

The vehicle then continued in a northwest direction and collided with three parking meters, a concrete wall and several other objects before flipping over twice and coming to a stop inside the parking lot of the shopping mall in 11200 block of Ventura Boulevard of Studio City.

Both victims were pronounced dead at the scene. LAPD Valley Traffic Division officer believe that speed was a factor in the crash. Many fans remembered her when she first auditioned for the show back in 2004 and placed twelfth in the show’s third season. She was raised in Seattle by Bulgarian-immigrant parents and she started out singing in a local choir before appearing on American Idol at the age of 17.

In the year of 2009, singer Keri Hilson saw a video on Leah’s YouTube page in 2009. Then, Leah joined the superstar’s team as a backup singer.

Soon afterwards, she was spotted by Jermaine Dupri and Pharrell Williams, who signed a record deal with her. In 2011, “Sexify” was produced by the record company and the track hit the national R&B chart in 2012.

As for her husband, Rasual Butler, he played for 14 NBA teams including the Los Angeles Clippers during his 13-year NBA career.

He was first drafted by the Miami Heat in 2002 and finished his playing days with the San Antonio Spurs in 2016, though he played a few pre-season games with the Minnesota Timberwolves before his last season. 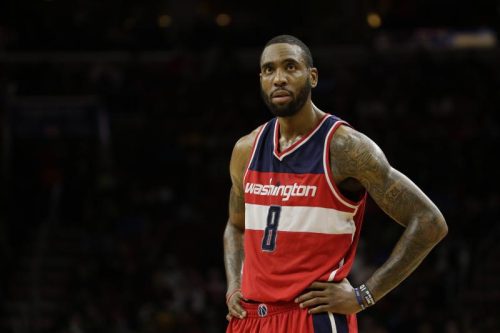 He is also a dear friend of Khloe Kardashian’s ex husband, Lamar Odom, as he made a special appearance on the reality series Khloe & Lamar.

After the accident, many celebrity friends of the couple in Hollywood showed their condolences to this beautiful couple, such as Ice Cube, Kobe Bryant and Pharrell.

Our deepest condolences goes out to Leah, Rasual, their family and friends.