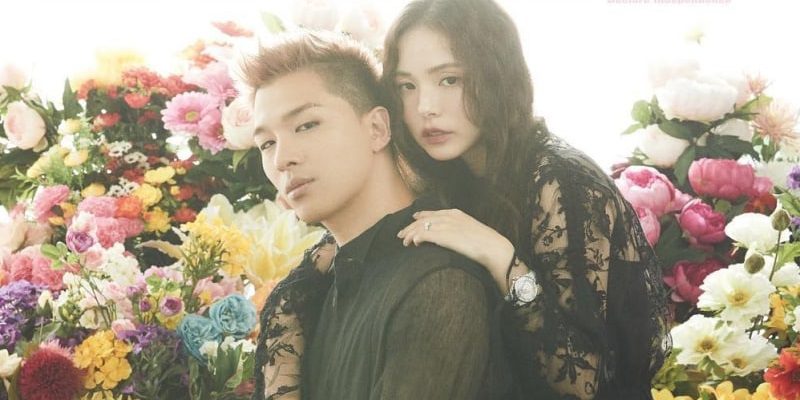 Big Bang’s Taeyang is the first member to properly announce that he was dating when news of him and Min Hyorin being together broke out.

Later, he also became the first one among the five guys to get married. He and Hyorin tied the knot on February 3rd, 2018 but their sweet married life got cut short when Taeyang had to enlist into the army on March 12th.

That’s just a little over a month spent together. Typically, South Korean men must serve in the military for 21 months which means the singer’s release date falls on somewhere in December 2019.

Thankfully, they’ve also got vacation days every once in a while during their service. During his first break, a fan spotted him on a date with the missus, Koreaboo reported.

The couple were chilling at a cafe called A Twosome Place. It is unclear which branch it was at because there are so many shops under the franchise.

But fans will be glad to hear that the Big Bang member looked healthy and that his relationship with Hyo Rin is going well.

The couple also bought a cake before leaving the establishment.

Additionally, Taeyang also gave his Instagram followers a little treat when he suddenly posted a never-before-seen childhood photo of himself.