This is their 2nd international award after ‘Top Social Artist Award’ at the Billboard Music Awards and it proves that BTS is not merely a KPOP group anymore – they are now global artists!

The global award is a new award introduced by Nickelodeon last year and the purpose of this award is to acknowledge the global nature of today’s hit makers, such as Taylor Swift, Lorde, The Vamps and Zara Larsson.

Voting and nominations will start from 5th of March until the award night on 24th of March. It will run for a total four weeks. Voters can also influence the show in real-time by live voting.

ARMYs, remember to vote for your Oppas!

The actual award show will be hosted by the one and only John Cena. He seems to be a BTS fan too seeing as his latest Instagram post is about BTS’s J-Hope!

They were even invited to perform in the 2018 Pyeongchang Winter Olympics too but were forced to decline due to their busy schedules.

The main director of the Olympics, Song Seung Hwan said:

“We sent BTS an offer to attend the ceremony in early 2017, but they had so many overseas schedules. It was very difficult to match schedules as it seemed like they would be abroad during the Olympic Games.” 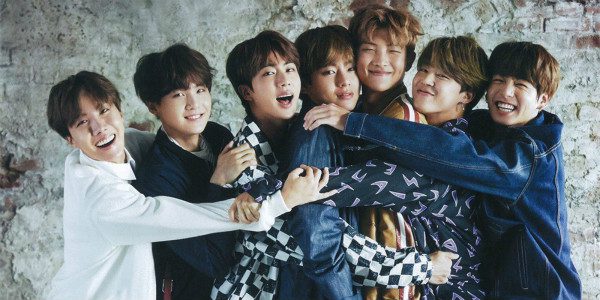 However, BTS’s popularity does not stop there as they have also been chosen to be PUMA’s Global Ambassador! It’s not just an ambassador for Korea but for the whole world!

“We’ve had various promotions with BTS as our brand’s model for 4 years in a row. They will gain even more love as global ambassadors starting this year.”

BTS will be be incorporating the concept ‘The Time With BTS’ into the collaboration with PUMA and the official logo on all PUMA x BTS goods is designed by the members themselves!

Just by looking at these pictures makes me want to purchase those shoes, shirts and pants so badly! Goodbye money…

BTS’s popularity is no joke as they are getting more recognition from all over the world. With more and more international awards being added into their resume, they are gonna break another record soon!

Kepada yang sedang #mencuba dalam apa jua perkara, stay strong. I wish you all the best. Everything is gonna be alright!

Fans are already looking forward to his discharge…