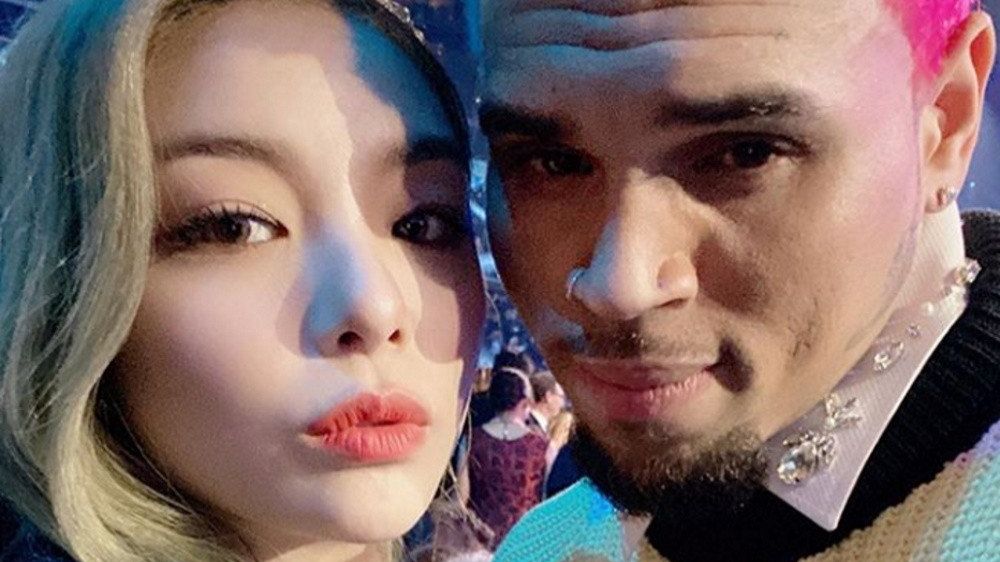 A “cornball” is “one who tries to be cool, but doesn’t see how uncool he really is”.

Previously, a selfie posted by Ailee with an American singer Chris Brown at the 62nd Annual Grammy Awards on Instagram had upset some of her followers.

▲ The selfie was uploaded on Ailee’s Instagram on the night of the Grammys.

Brown who was not only known for his musics, is also known for his toxic relationship with Rihanna when he had physically abused the female singer in 2009! He has also alleged to have history of violence against women.

So when Ailee posted the selfie on her Instagram, fans can’t help but point out their disagreement for her apparent support for him.

I’m sorry but, Ailee look, theres no way you can say you’re a American fan of Chris Brown and NOT know about his abuse scandal like it didn’t alter his ENTIRE career. Either take the photo down or just accept your fuckin L sis. pic.twitter.com/O6RO3K2gq7

The American-South Korean singer explained on Instagram by saying…

“Edit for the last time!! When I said ‘he WAS one of the artists I enjoyed listening to growing up and that’s a fact that will never change.’ i meant the fact that i enjoyed his music when I was younger will never change. I TOOK THIS PHOTO WITHOUT ANY KNOWLEDGE OF WHAT HE DID!!!” After her explanation in order to clear up the messy situation, Chris Brown himself has taken notice of this and felt as if Ailee was backtracking to save face.

▲ Chris Brown commented “CORNBALL” when Ailee was seemed to be backtracking.

So what do you think? Was she genuinely do not know the entire situation or Brown was being too sensitive?

The announcement of Ariel being played by a person of colour (PC) for Disney’s upcoming live-action remake The Little Mermaid creates mixed reactions amongst Disney fans.