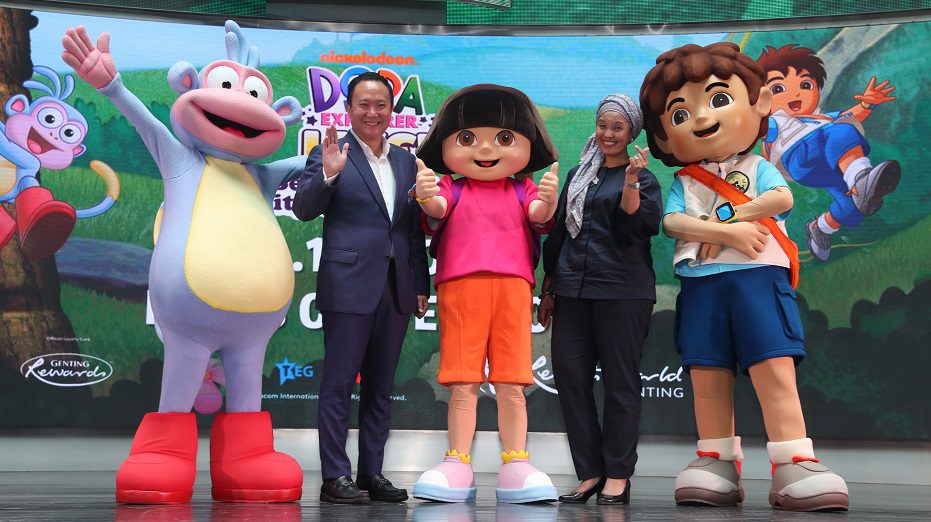 Since 2010, Life Like Touring’s hit production of Nickelodeon’s Dora the Explorer LIVE! Search for the City of Lost Toys, has been entertaining children all over the world.

Having discovered many exotic and exciting new places through the clever solving of riddles, Dora the Explorer will now take her adventures to the stage of Resorts World Genting in this captivating production this November.

Debuting 24 November 2018, the elaborate stage show will run until 1 January 2019. The touring production arrives at the Genting International Showroom to focus a very vexing problem.

Dora has lost her teddy bear Osito and she needs help to find him!

Sweeping through elaborate sets and rousing musical numbers, Dora must venture through a jungle of obstacles with nothing more than a map, Boots, Backpack, Diego and her other courageous friends to retrieve Osito.

It will not be easy, however, as the sneaky fox Swiper plans to foil her quest at all turns. Engaging the audience through song, dance and problem solving, there is no doubt that Dora will eventually succeed, so she can sing out her catchphrase at the end – We Did It!

Syahrizan Mansor, Vice President of Nickelodeon Brand Asia proudly shared on Dora as a character to look up to saying,

“At Nickelodeon, we put kids first in everything we do. We’re proud to say that Dora the Explorer LIVE! Search for the City of Lost Toys has already been seen by 2 million fans globally.

“Kids stand to learn a lot from Dora who is an inspiring character: she celebrates girl power, she’s bilingual and she instils important values on being a leader.”

Arriving in Malaysia for the very first time at Resorts World Genting, the 14-strong cast and crew will act, sing and dance through 18 songs over the 90-minute production (with a 15-minute intermission).

Familiar songs from the television series will be intermingled with original songs written specifically for the live stage show.

Tickets for Dora the Explorer LIVE! Search for the City of Lost Toys are now on sale.

The stage production will run from 24 November 2018 to 1 January 2019 over 44 shows at the Genting International Showroom.

For First World Hotel, the package for a Standard Room is priced at RM330 per room on weekdays and RM359 on weekends, including 2xPS1 tickets for the show.

Should Fazura continue singing or should see just focus on her acting career?