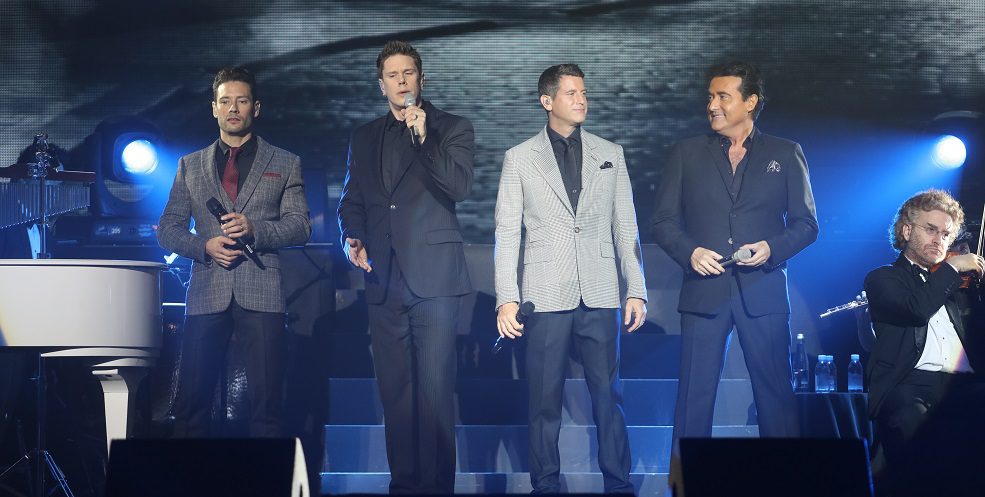 The award-wining group Il Divo made a one-night stop at the Arena of Stars, Resorts World Genting for the ‘Il Divo Timeless Tour Live in Genting 2018’ featuring their brand new album Timeless.

The tenor quartet acclaimed for their vocals consisting of Urs Bühler (Switzerland), Sébastien Izambard (France), Carlos Marín (Spain) & David Miller (USA) brought their charms, good looks, signature tailored suits and above all broad range of vocals to the stage for an unforgettable performance.

They kicked off the night with a powerful Spanish rendition of Adele’s Hello and continued the night as a celebration of music that was accompanied by the Malaysian National Symphony Orchestra and fabulous dancers.

Urs Bühler, the classically trained tenor of the group hailing from Switzerland said,

“We are proud to be celebrating our 15th anniversary. We have been through a lot together since 2003 and it has been a magical journey.

“One of the reasons is that we are singers who sing with all their heart and soul every time we perform. Thank you all for accompanying us along the way.”

Throughout their career which started with them being discovered by producer Simon Cowell, Il Divo has sold over 30 million albums, with 160 albums in 33 countries going platinum and gold.

Il Divo proved their vocal stamina with a 25 song set list which had the crowd going that included songs off their album Timeless including ‘Angels’, ‘Love Me Tender’ and ‘Grazie Amore Mio’ from the 1970 film Love Story.

They covered a broad range of songs with their own unique twist using their cultural diversity and classically trained voices. The quartet also displayed their brotherly chemistry thrown in with ongoing banter between the members that had the crowd in stitches.

Interspersed in the set list were songs that really showed off the vocals and personalities of the individual members such as the funky Spanish number ‘Granada’ by Carlos, a tribute to his homeland Spain and an emotional rendition of ‘Vesti la giubba’ from the opera Pagliacci by David.

At the end of the 2 hour and 15 minute performance, the crowd was chanting for an encore which ended the show with ‘Regresa a Mi’ and ‘My Way’.

Il Divo kicked off in Mexico City and covers various cities in Asia, South Africa, Australia, Latin America and the United States of America. Il Divo made their name by pioneering the genre of operatic pop, or ‘popera’ in classical crossover music.

They self-produced their latest album Timeless which includes their own renditions of classics and hit songs.