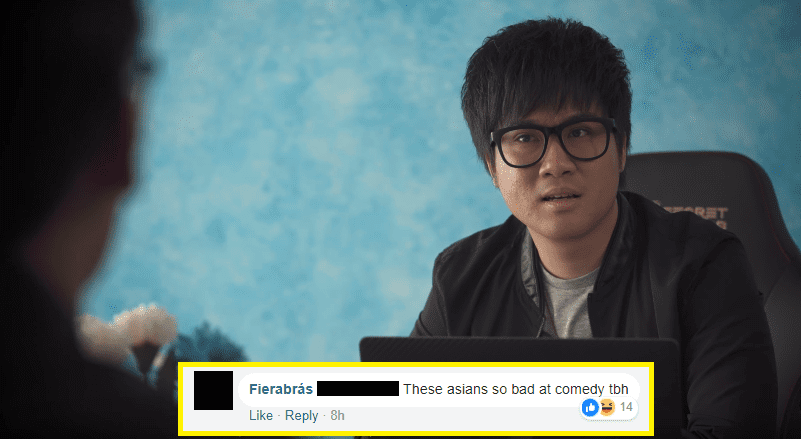 On January 13, 2018, JinnyBoyTV uploaded their latest video titled “What Not To Say In A Job Interview”. As usual, most of their videos always garner hundreds of thousands of views.

In fact, back when their main focus was purely on producing YouTube videos, they’ve even had millions of views on a single video. Now, they’ve moved onto much bigger projects as they progress into feature films and major collaborations.

As for their latest video, it went viral after famous meme platform, 9GAG, shared the video onto their Facebook page.

In just 7 hours of it being posted, with almost 500k views, the video received a lot of flak for the Manglish used.

Though many people were able to appreciate the jokes written by Jin and Daniel, not many people could agree with how the actors and actresses sounded.

Just like the video’s title, the people in the video said things which they definitely shouldn’t have in interview settings.

The jokes were definitely hilarious but non-Malaysians (and non-Singaporeans) just couldn’t appreciate them as they could not get the jokes, nor could they stand the Malaysian accent.

This Asian person living in California felt that it was too weird for his liking.

There’s also this Indonesian guy who found the accent to be ‘cringe weird English’, and a Malaysian who felt that our own accent is retarded.

Then, there’s the Thai, Vietnamese and another Malaysian guy who really disliked the way we sound. One even went to the point of muting the video.

Oh, there’s this gem from Mexico who felt that Asian people fail at translating funny things, and yet another Malaysian guy along with a Filipino agreed with him.

At this rate, it seems like all hope is lost as people from around the world, and even our own people felt that the Malaysian accent is too horrible to the ears to even get the jokes.

Of course, not everyone were too critical about how the actors and actresses sounded as they actually found it much funnier thanks to the accents.

Well, in the end, as Ryan stated above, the target audience for this specific video was indeed for the Chinese community in Malaysia and Singapore.

Unfortunately, there’s that one sesat Singaporean trying to claim Manglish as their own…

Well, what do you think of the video? Have you watched it yet? If you haven’t, check it out here:

Hailey was probably just listening to the wrong song at the wrong time.

A new hot spot for family outings has opened up in Kuala Lumpur.