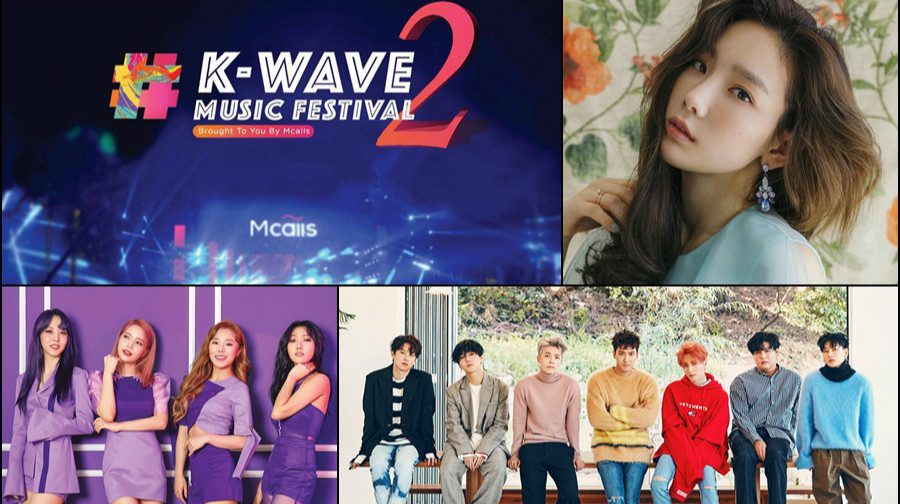 K-Wave 2 Music Festival in Malaysia finished off with a ‘bang’ last Saturday, January 13 at Stadium Merdeka!

Many KPOP fans had a great time as not only did they get to listen to their favourite artists sing on stage, but also they got to meet two KPOP groups face-to-face during the meet and greet session!

This concert was organised by Mcalls and MacpiePro. The line-up artists were all top notch, such as Tahiti, Halo, Nuest W, Taeyeon and Super Junior.

Sing! China Season 2’s contestants, Tan Yin Ern, Jeslyn Gu and Jefferey Chen opened the concert by singing Mcalls’ Chinese New Year songs and they even got the crowd to sing along too! 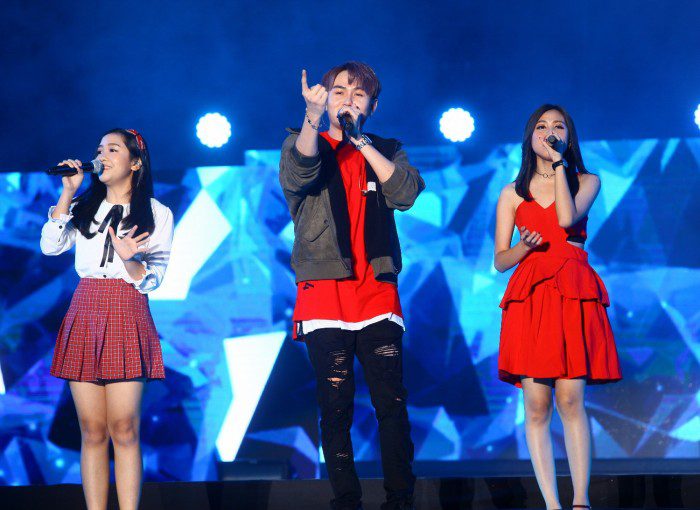 Then came the best part – the part where all KPOP fans had been waiting so long for; Oppas’ and Unnies’ turn to perform!

The first group to present was A.C.E where they performed their hit songs and also took on a cover of Blackpink’s ‘Playing with Fire’. They sure knew how to make fans feel excited.

The second group to perform was Tahiti. They had a meet and greet session with fans a day before the concert, hence, fans of Tahiti got to meet them face to face before watching them at the concert.

Besides, one of the members of Tahiti, Ari, told fans that her brother was working as a tour guide in Malaysia. So, to all Ari’s fans out there, I’m sure looking for her brother will be an easy job right?

Third to perform was Halo. They had performed 4 songs all in total.

Besides, they also told their fans that if they plan on travelling in Korea, they must beware of the cold weather as it is currently super chilly over there.

How sweet are they! Aww~~

The fourth artist was Taeyeon! She sang 5 songs in total and definitely melt the hearts of many SONES.

She even tried her best to speak in Malay by saying “Apa khabar, saya Taeyeon” and “Aku cinta padamu” which got all SONES going crazy.

All I can say is, Taeyeon is so pretty and her songs were so nice too!

Next was Nuest W. They gained back their popularity from reality series ‘Produce 101’, and are now taking the KPOP industry by storm.

They sang 6 songs in total and among those were one of their top hit song ‘Yeo Bo Se Yo’. They even greeted fans in Malay and wear flower hairbands which were given to them by their fans.

After that, the ‘vocal queens’ of Korea, Mamamoo, were here to perform.

Although the group’s leader, Solar, had hurt her back and couldn’t dance to the choreography, she still insisted on performing with her members on stage. So, she sat at the side and sang along with her members.

This is also the first time that Mamamoo performed in Malaysia and they said that they love Malaysia’s weather and hope that they can hold another concert in Malaysia next time.

We, Malaysian Moo Moo’s are definitely looking forward to it!

Last but not least, the final and most awaited KPOP group of all, Super Junior performed 7 songs in total and fans were all immersed in the craziness.

This was the first time Super Junior performed in Malaysia after 3 years, ever since Super Show 5 in Malaysia in 2015. Hence, many ELFs cheered loudly during their performance.

All members even spoke in Malay to communicate with the fans, such as “Apa khabar“, “Sudah makan?” and “Jumpa lagi“.

Eunhyuk, the group’s lead dancer, even said ‘Do you want to cium?’ to the crowd which made all of the fans go crazy.

Besides, Super Junior even brought good news to Malaysian ELFs by announcing that there will be a Super Show 7 in Malaysia this year!

Yes, you had heard me right! SUPER SHOW 7 IS COMING TO MALAYSIA! YASSS!!

After the concert ended, the main organiser of this concert stated that K-Wave 3 Music Festival will be held in 2018 too!

So, be ready KPOP fans, and fingers crossed that Mcalls will bring your favourite KPOP group to Malaysia!

It was a fun evening for the fans and even for Ong Seong Wu himself.

Boost up your energy with 100PLUS!