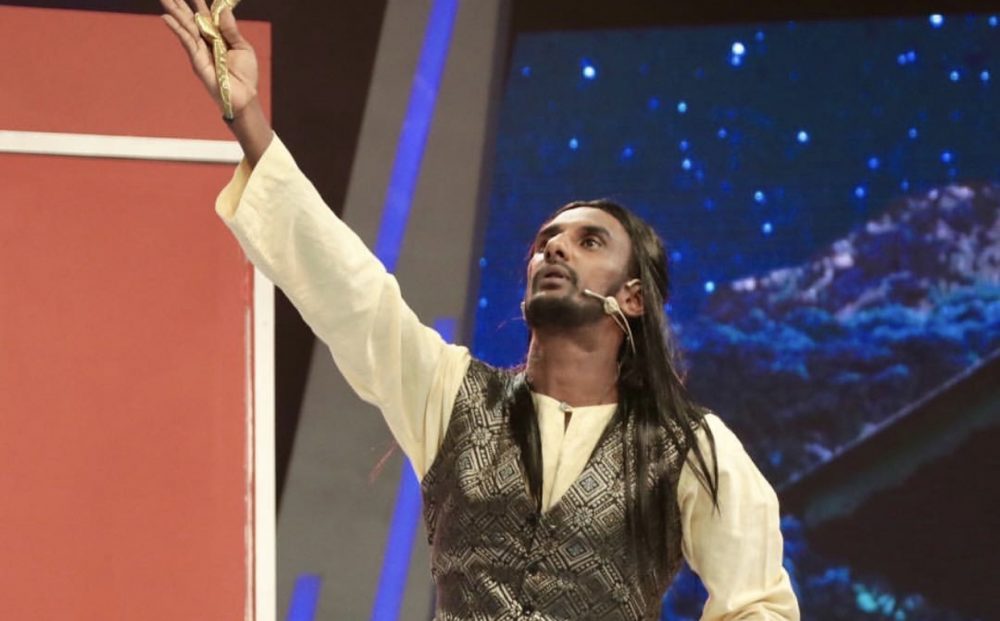 After six weeks of Bintang Bersama Bintang 2019 (BBB 2019), Mamak Puteh finally found the light at the end of the tunnel by taking home RM10,000 as the winner for the week!

This is Mamak’s first time winning the weekly prize since joining the comedy reality show, making his win of the night very meaningful.

When Elly Mazlin announced his name as the winner, he was definitely in disbelief and covered his face while being hugged by his fellow comrades.

“We are just two weeks away from the finals and I can’t deny that I’ve been so worried over not winning at any of the weeks yet.

“Alhamdulillah, everything that I planned with Ammar really hit it tonight. What a relief!”

The member of the group Puteh also thanked Ammar for accepting to become his guest for his performance tonight. The duo really blew the audiences and the judges away with their performance last night.

“Ammar is very wise in playing with the stage. Well it figures, because he is also a theater actor. It is not hard for me to tell him my visions for the performance.

“At first I wanted to do a sketch on a counselling session. But looking back at it, I changed my mind.

“I decided to use the old folks Hang Tuah character to talk about the current issues of today.

“Alhamdulillah, the combination of the old and new elements in the performance were accepted and understood!”

“Alhamdulillah, Congratulations @mamakputeh, tonight’s your night! You can now be known as Hang Tuah! Hahaha”

With another two weeks left in the competition and Achey, Syuk, Chiwan, Mamak Puteh and Sharif Zero are still in the running to show their creativity and ability to be crowned the champion of BBB 2019.

You can also watch it live on tonton too!