10 THINGS FROM OUR CHILDHOOD THAT WILL BRING BACK SWEET MEMORIES 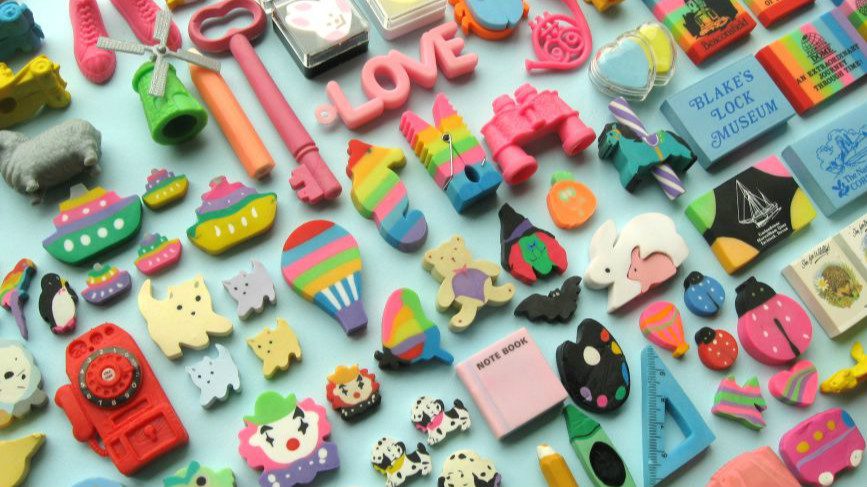 The pre-smartphone era may seem as aged as dinosaur days now. Youngsters today just cannot fathom how people used to live prior to owning smartphones and having constant high speed wireless internet connection.

Of course, for those of us who actually lived through those ancient days truly knew how to have fun by using simple everyday items.

Whatever the youths have today, the 90’s kids and older definitely have stuffs that are definitely much cooler.

Check out these #throwback items and reminisce on the good old days.

These adorable little buggers used to be sold for as cheap as 20 cents for three pieces! No one actually buys these tiny rubbers for their actual purpose; erasing pencil marks.

Instead, we would make a collection out of it and try to collect every design in various colours. We also used to trade them for the missing colours or motifs.

Every Malaysian once had their own VHS collection of movies when they were young, such as the Barbie collection, Disney collection, Power Rangers, Ultraman, Digimon collection and many more.

When we were kids, we used to watch our favourites on replay too. The most epic part which youths these days probably would probably never understand is how we had to rewind the tape right after watching it.

Back in those days, there is no fibre internet and dial up internet is the only option if you want to go online.

How did we connect to the dial up internet? We had to disconnect the phone cable and plug it into our computer and then ‘dial up’ the internet line.

Window Live Messenger was every 80’s and 90’s kids way of staying connected. Before we had Facebook, Whatsapp or any sort of social media apps today, Messenger was the most common method for people to talk over the internet.

Before emojis, there were ‘winks’ and the best method to annoying someone was to send them ‘nudges’ where a 3D hand would knock on your friends’ screens regardless of whatever windows they had open.

In the older days, kids do not play with iPads or smartphones. We would play with physical items such as trading cards.

Before Pokemon Go became such a hit with youths, the Pokemon trade cards were the hottest game during that century. Boys and girls would be trading cards in conventions, park, and even schools!

This flower may be familiar to all 90’s kids as the ‘honey flower’, but the real name for this flower is ‘Ixora’.

When we were in school, we used to pluck these flowers one by one, pull out the stigma and suck the nectar from the flower. Not joking, it does tastes as sweet as honey!

Gem biscuits or jewel biscuits are definitely a part of everyone’s childhood memories. It is a must-have snack for all as every vendor used to sell this right outside our school’s doorsteps.

Though they are harder to come by nowadays, they are still sold in certain pasar malam stalls.

The funny thing is how some of us used to debate on which part of the snack was better; the biscuit or the icing? Though many people have continued to argue which part was more delicious, I say that both eaten together at the same time is the best part of these gems.

Image via A Penchant for Paper

Push point pencils are no ordinary stationery as the led are actually in bullet form. They may look normal, but they are pretty special. Which is why back in those days, it was every kids’ dream to have one.

There are 2 different types of push point pencils; normal black led pencil and colour pencil. If you owned this, especially the colour pencils, you’re were part of the cool kids.

These chocolate-coated biscuit balls were truly delicious treats when we were kids. However, what made them so much more interesting were the special mystery toys that come with the snack.

Even in those days, these boxes of snacks were what the ‘rich kids’ would often buy. Back then, they used to be sold at around RM2.30 to RM4 per box!

If you think that price is crazy, it’s even more expensive now. These fun snacks are still being sold on certain supermarket shelves today but the price goes up to RM10 each!

Kids these days would probably be thinking what’s so great about a mere pencil box. However, back then we could only show off how ‘cool’ we were by the type of stationery we brought to school.

This classic multi-function pencil box was very useful as it had a sharpener, and many compartments to keep pencils, pens, eraser, ruler, and more!

The more compartments and the bigger the pencil box was, the cooler we were.

All these things definitely bring back lots of good memories for everyone. Although some of them are not available anymore, having had the opportunity to use them is definitely an honour!

The roti canai guy was trying to put on a show for the patrons but an unfortunate incident took place.