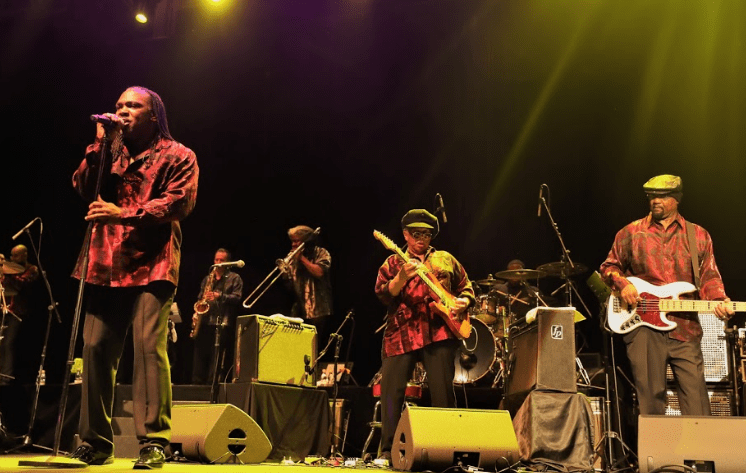 Tis’ the season of love, giving and magic…

The band created a remarkable Christmas atmosphere that turned Arena Of Stars into a disco-like stadium with thousands of fans moving their feet and throwing their hands in the air.

All 13 members of Al McKay’s opened up Arena Of Stars and greeted their fans with a friendly ‘Apa Khabar’, a friendly gesture to steal the fans hearts. Al Mckay’s three vocalists and members Tim Owen, Claude Woods and DeVere Duckett, along with others 9 members were ready to take Arena Of Stars stage by storm as they began to perform “After The Love Has Gone” as their opening song that night.

The band went on to pay tribute to Al Mckay himself who managed to gather each members of EWF for a reunion and made the magical night happen for all of them to perform in Malaysia.

They killed their performance with all time favorite hits, including  Fantasy, Jupiter, Getaway, Magic Mind, Let Your Feelings Show, September and Let’s Groove. Then, they went on to sing their last song, a Christmas classic titled The Christmas Song by Nat King.