BTS Creates History By Being The First Artist To Sweep All 4 Daesang Awards At MAMA 2019! 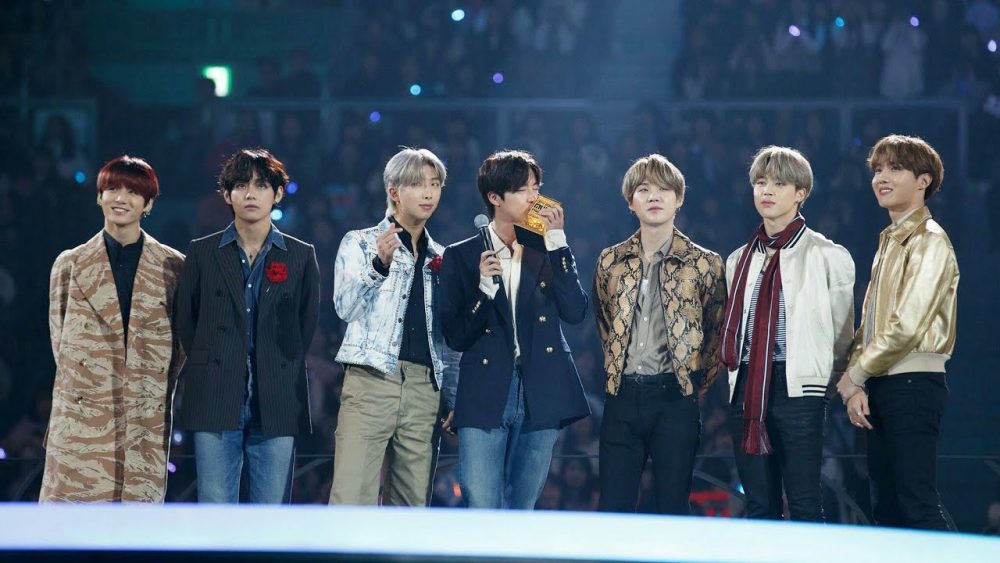 BTS taking home eight major awards including Best Male Group, Song Of The Year and Album Of The Year.

The Mnet Asian Music Awards — MAMA, was staged on Wednesday night in Nagoya Dome in Japan, with almost 30,000 fans all over the world gathering to witness the most anticipated awards in South Korea.

BTS began their awards haul by winning the title of this year’s Best Male Group, ahead of other brilliant names like GOT7, NCT 127, Monsta X as well as Seventeen. The boys went on ahead winning:

Even before the ceremony stated, the arriving K-Pop stars received a rapturous welcome at the red carpet reception.

By far the biggest splash was made by BTS, the seven-member boy band whom made history by becoming the first K-Pop act to top the US album charts in 2019 with “Love Yourself: Tear”.

▲ UNINE — a Chinese boy group was invited to attend MAMA 2019 and performed “Set It Off” at the red carpet.