Chinese Woman Becomes Beggar Because She’s “Too Pretty to Work” 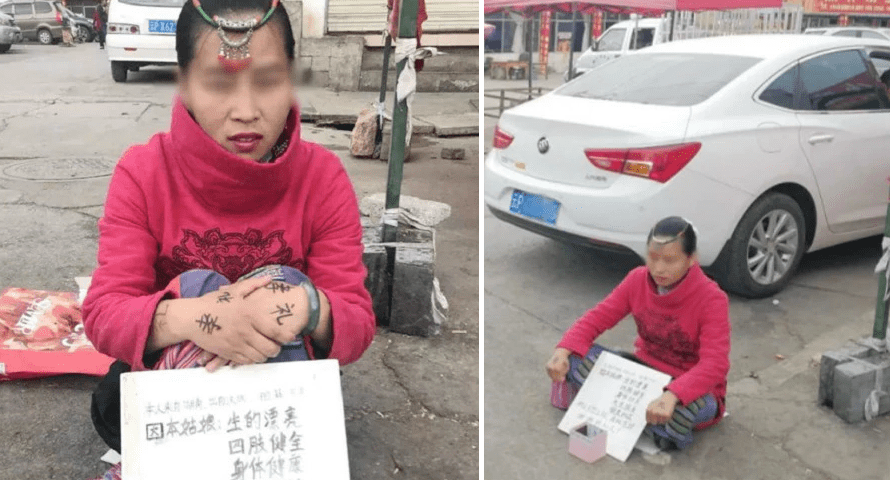 This is what happens when lazy people become delusional.

This woman in China is a self-proclaimed beauty and is not willing to work. She decided that begging is the best way to garner income.

According to NextShark, this bizarre news comes from China. The woman, whose name was not revealed, can be seen sitting on the streets with a cardboard sign in front of her.

Initially, she wanted to write that she was ‘too pretty to work’ on her cardboard but she was said to have written “I’m hungry, need 10 yuan for food” instead.

She used to be a waitress and cashier before she got fired, and is now jobless.

At first, she thought of simply selling her body to get money but cancelled off that plan after rethinking and felt that it wasn’t a good idea.

She then chose to be honest with her cardboard sign instead, hoping that it might catch people’s attention.

She wrote in Chinese:

“I’m a natural beauty, able-bodied, and healthy, and I choose to beg here instead of getting a job.

“Thank you to the kindhearted souls.”

However, netizens’ reactions are not as positive as the woman thought it would have been. Many felt that she is a joke because she could have gotten a job instead of begging on the streets.

Besides, with her young age and presentable look, she can definitely earn enough money to support herself.

Hopefully, she will realise that it is better to find a job rather than give up like this.