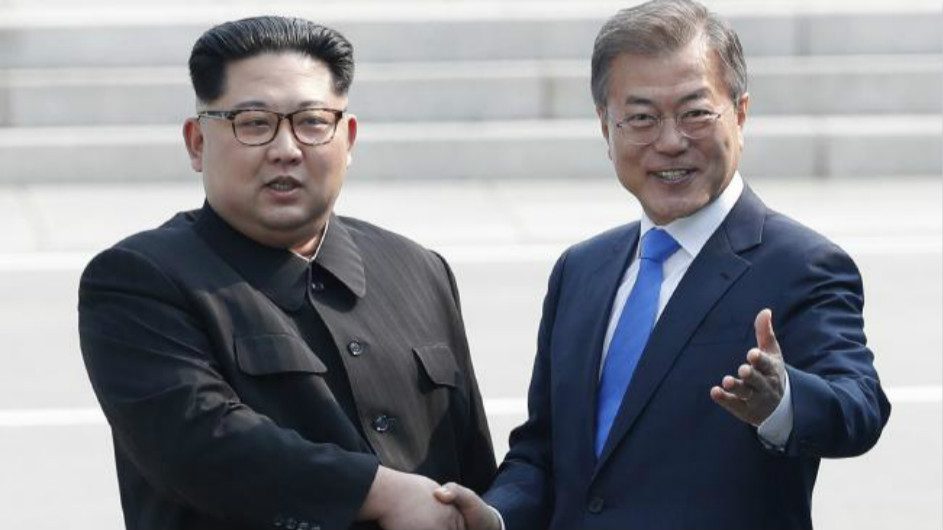 The Korean Peninsular has been divided for about 68 years now since the war broke out in 1950. For more than half a century, the two divisions are known as North Korea and South Korea.

The two sides never could be at ease either because they face the possibility of going to war once again.

Now, however, it seems like the two sides will no longer pointing their guns at each other as the leaders of both countries have shook hands and chose to be at peace with each other.

According to Koreaboo, North Korean Supreme Leader Kim Jong Un and South Korean President Moon Jae In met on the South Korean side of the border for the inter-Korean summit talks.

The meeting took place at the Peace House on the border village of Panmunjom, South Korea.

Inter-Korean Summits are held for formal and in-depth discussions. It is a chance for both parties to express their points of view and this is only the third time in history where they’ve met under this summit.

This year’s summit has brought on a high chance of the reunification between to the halves. For now, the two sides have agreed to the denuclearisation of Korea and hopefully in about a year’s time, it will turn into a full peace treaty.

This doesn’t mean the war has completely ended though. *Sigh*

It was the first meeting between the leaders of South and North Korea. The last meeting took place 11 years ago between then President Roh Moo Hyun and former Supreme Leader Kim Jong Il.

This is also the first time the leaders met on the South Korean side of the border.

The once in a lifetime meeting started when the leaders walked towards the Peace House in Panmunjom, a military compound in the demilitarised zone (DMZ) between the two countries.

Then, the leaders shook hands on both side of the borders while Kim Jong Un held South Korea’s president’s hand and invited him to step briefly across the demarcation line into North Korea before the pair stepped back into South Korea.

A boy and girl from the village also presented flowers to both leaders as a token of appreciation.

After that, the leaders then proceeded to the Peace House, welcomed by South Korean guards in traditional costumes while playing traditional Korean music.

Before the summit began, Kim Jong Un wrote these Korean language sentences on a guestbook which said:

He even joked about bringing some North Korean cold noodles over to South Korea.

“I hope you will really enjoy the noodles that we brought.”

Things seemed to be getting better for the Korean Peninsula when the Northern side participated in the Winter Olympics in South Korea. Kim Jong Un and his wife even attended the concert in Pyongyang named Spring is Coming where most of the South Korean KPOP stars performed at.

Hopefully the two will finally have a peace treaty and North Korea can bloom into a bustling country just like South Korea.