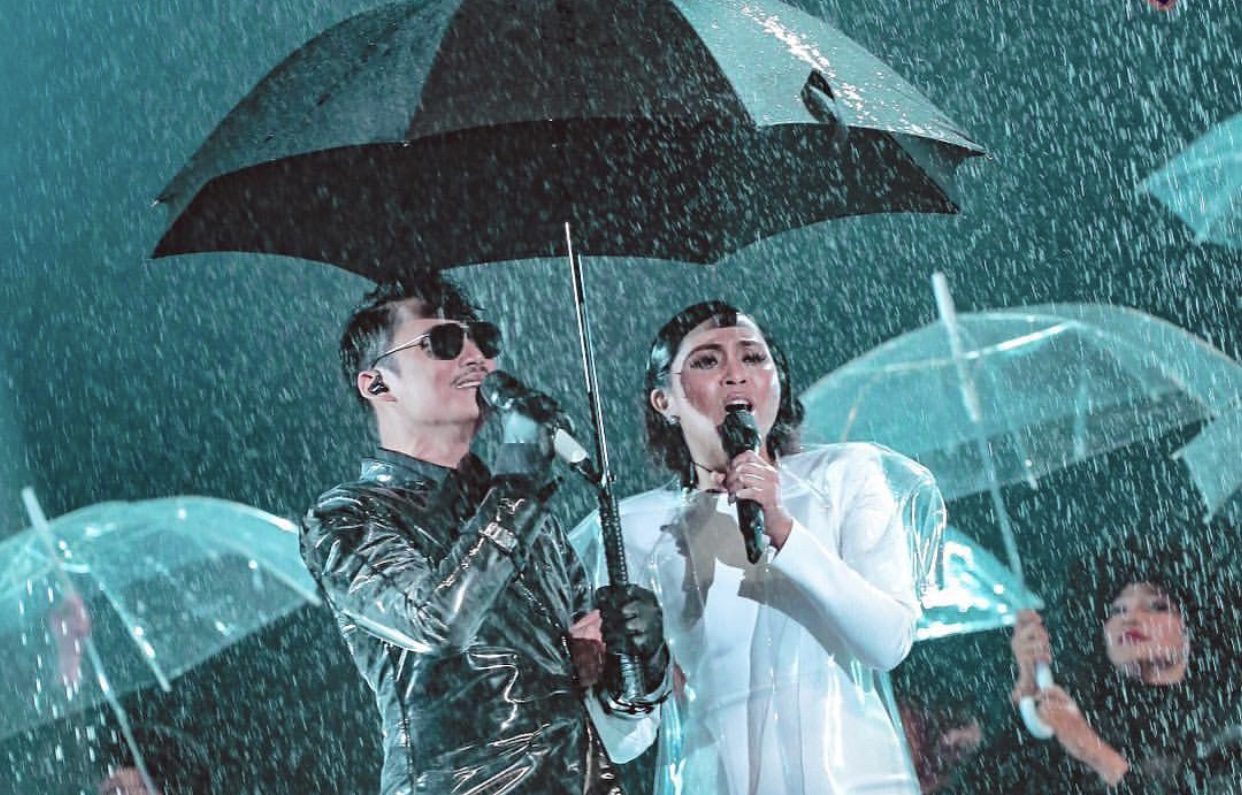 The crowd went crazy over Hael Husaini and Dayang Nurfaizah’s performance during the night and it was all worth it as they are the Grand Winner of AJL 33!

Receiving standing ovations from the crowd on their winning announcement the great singers were happy in disbelief of their grand win, faces filled with gratefulness they thanked the crowd and embraced each other.

A sweet scene of Hael Husaini kneeling before Dayang Nurfaizah was also seen during the announcement! Can they get any cuter?

Composed by Ezra Kong and Hael Husaini, song written by the 30-year-old singer himself, invited Dayang Nurfaizah to sing this song together with him and certainly the combination of the duo is astonishingly outstanding.

Choosing Dayang Nurfaizah for this song was the best decision ever!

Their outrageous vocals certainly made the crowd fall in love with their performance and absolutely winning the hearts of the audience and also the judges.

The grand winner for AJL33 walks away with a total cash prize of RM50,000 and a trophy.

Their performance gave special effects on stage by having rain pour down to join their sync singing and making the crowd go fanatic over the duo’s delivery of the song. The rain is certainly a blessing for the duo!

In his speech Hael Husaini says

“AJL33 is the best! Alhamdulillah the win is on our side tonight  . Thank you TV3, thank you judges, thank you to everyone who supported us.”

Dayang Nurfaizah also thanks Hael Husaini for inviting her to sing this song with him. This is a great win for them both and also Ezra Kong.

Congratulations to Hael Husaini and Dayang Nurfaizah! May they continue to create good music!

Here’s the following winners of the night:

Congratulations to all winners! The night was really amazing and energetic!