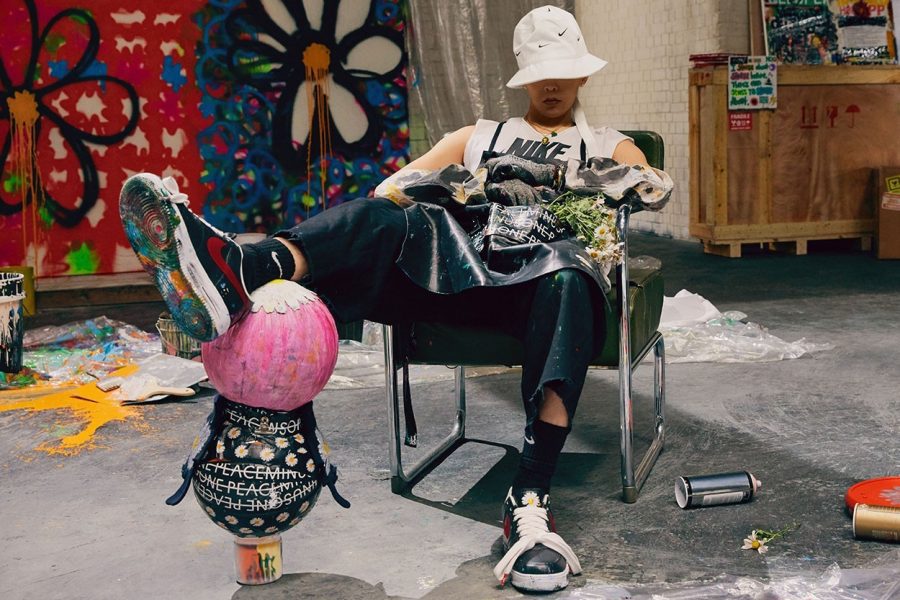 G-Dragon, who doesn’t know him? Even if you’re not a fan of K-Pop or a fan of fashion, you must have at least heard of “wow, fantastic baby” once in your entire life. And who would forget this iconic hairstyle that only G-Dragon can pull off?

Basically, G-Dragon is one of the most influential individual in South Korea, musically and fashion wise! Even though it was only very recent that he completed his military service, the BIGBANG member fashion brand in collaboration of Nike — PEACEMINUSONE received so many love and support from fans!

The brand’s latest launch of Air Force 1 Para-Noise sneakers that was released earlier this month in The Land of Morning Calms, got swarmed instantaneously as soon as the kicks went on rack for sale!

The moment they were revealed, fashion savvies swooshed in to get their own pair, but only 818 pairs were made available. However, not everyone can purchase them!

But people who managed to grab a pair of their own took this opportunity to resell the sneakers reaching up to thousands of ringgits and the limited edition version were resold at close to RM35,000

The sneakers aren’t yet available in Malaysia, but they are set to ship globally starting November 23rd.

12 ‘PANTANG’ EVERYONE MUST KNOW BEFORE THIS CHINESE NEW YEAR

Just like any other Asian cultures and celebrations, Chinese New Year has got quite a few do’s and don’ts too. Here are a few don’ts for your information just so you don’t accidentally do something silly.