Najib Might be Charged with Money Laundering in 1MDB Case! 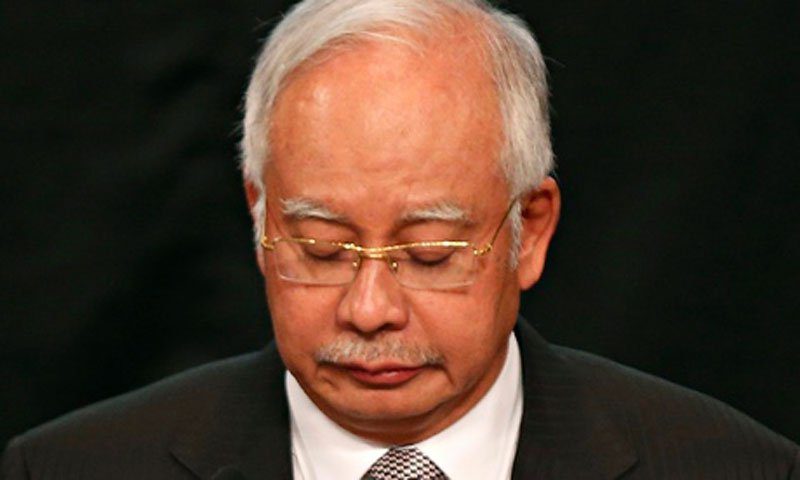 Najib, who founded 1MDB in 2009, is the subject of a money laundering and corruption probe, after reports that millions of dollars made their way into his personal bank accounts from the fund and its former subsidiary, SRC International. The former premier has consistently denied any wrongdoing in relation to 1MDB.

Najib, 64, suffered a shock loss in the May 9 general election, the first change of government since Malaysia gained independence from Britain in 1957. Mahathir Mohamad, who was elected prime minister, has vowed to bring back funds allegedly siphoned from 1MDB and punish those responsible.

A source close to the investigations told Reuters Najib may be charged with dishonest misappropriation of property under the Malaysian Penal Code. The source declined to be identified as they were not authorised to speak on the matter.

The offence carries a maximum jail sentence of five years, a fine and whipping. The law, however, forbids men over the age of 50 years from being whipped.

Any fine would be decided by the court depending on the offence and amount misappropriated.

According to the source, Najib may also face money laundering charges, which would carry a maximum sentence of 15 years’ jail and a fine of no less than five times the value of the laundered proceeds.

It is now up to the attorney-general to decide whether or not to accept the recommendations, file different charges or call for further investigations. The previous attorney general cleared Najib of wrongdoing in relation to 1MDB.

MACC and the attorney-general’s office did not respond to requests for comment.

Najib’s spokesman did not respond to requests for comment. Najib said this week that if he was charged on “political grounds” he was confident the courts would find him innocent.

1MDB is the subject of money-laundering probes globally, including the United States, Switzerland and Singapore.

The US Department of Justice has alleged more than US$4.5 billion was misappropriated from 1MDB, about US$700 million of which ended up in Najib’s personal bank accounts.

Police on Monday raided another house linked to Najib in the administrative capital of Putrajaya, the latest premise to be searched in connection with their investigation into 1MDB.

Authorities seized hundreds of luxury handbags and dozens of other bags filled with jewellery and cash in earlier searches of premises linked to Najib.

MACC this week called on four individuals to assist in its probe of 1MDB, including an aide to Jho Low – a central figure in the 1MDB scandal closely linked to Najib and his family.

Everyone is inspired from someone kan? ♡