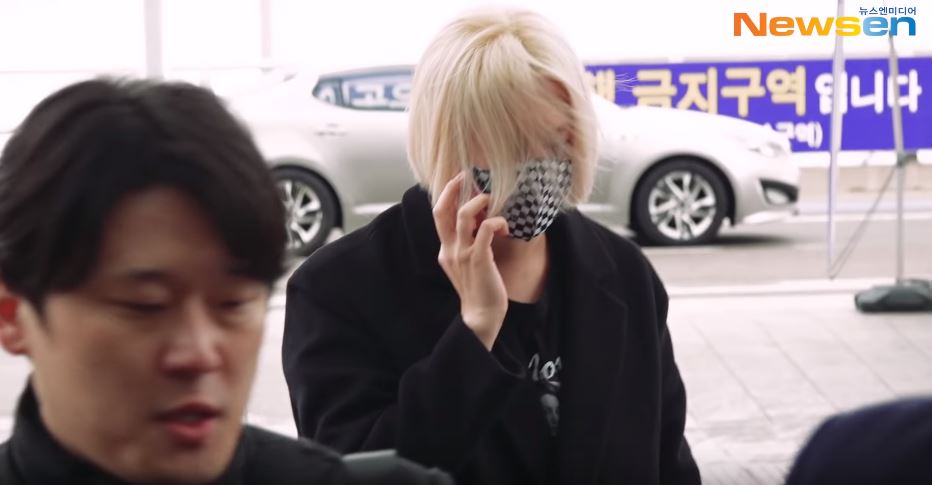 On December 3rd, Kim Heechul—a member of Super Junior was spotted at Incheon Airport for the first time in public following the tragic death of Goo Hara.

His first public appearance immediately got fans concerned as the idol didn’t look as bright as his usual. Fans also noticed that his expression was completely somber.

▲ Heechul was seen wearing a mask and kept avoiding eye contact with the press and the waiting fans.

Fans are deeply concerned as he has had a very difficult year in 2019.

Goo Hara—one of Heechul’s best friends, had tragically passed away in late November, which prior to that Sulli—Heechul’s another best friend, had also taken her own life not long before. After the news about the passings broke, Heechul had gone private and deleted all of his followings on Instagram.

Heechul, Goo Hara and Sulli were known for their especially close friendship among each other and he’d brag about their bonds on TV all the time.

Immediately after Heechul’s appearance at the airport, fans took to social media and sent their heartfelt messages such as “stay strong”, “fighting”, “hang in there” and “please take care of yourself”.

Let’s hope that Heechul will be okay and people around him would show support and love towards him.