This Dude Had Enough Of Being Single, So He Literally Advertised Himself On The Street! 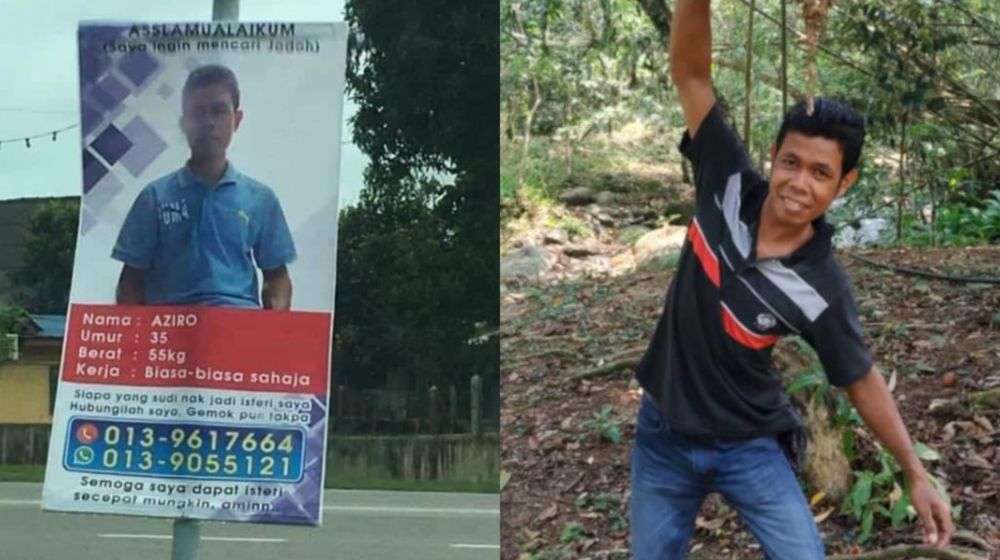 Now that Valentine’s Day is coming, this could be a great tip to the singles out there.

This gentleman from Terengganu just did the unimaginable! Earlier this year, a man by the name Aziro went total viral in the Interwebs for printing himself on a street banner advertisement looking for a potential partner.

The advertisement was hanged on a street pole and it was evident that the banner had attracted a lot of attention (especially the ladies, we supposed) owing to it being the most unique and different advertisement ever! ▲ The banner that went viral for his creative yet amusing way of finding a partner.

Even though the banner was brought down almost immediately by the Dungun Municipal Council, it was revealed that Aziro has been receiving calls and messages from single ladies out there.

Not only just Terengganuans had approached him, in fact Aziro also mentioned ladies from Johor, Klang, Sarawak and even Indonesia had even tried their luck with the charming gentleman.

▲ Aziro; the bravest man on Earth!

Now, Aziro—full name Nooraziro Abdullah—revealed that he had already found himself a lady whom he already planned on betrothing. According to Aziro, the 33-year-old lady from Terengganu started approaching Aziro soon after she saw Aziro’s humorous yet creative banner than went viral.

“Even though she had agreed on tying the knot with me, we are still in the state of knowing each other”

Maybe this is his way of clapping back at those busy body aunties who keep on asking “when are you getting married?” on every single occasion. LOL!

So what are you waiting for? Are you going to stay single until Valentine’s Day? Try your luck maybe you can find your significant other just like Aziro?

Read this too: Ronan Keating To Set The Most Beautiful And Romantic Concert In Malaysia This Valentine’s Day