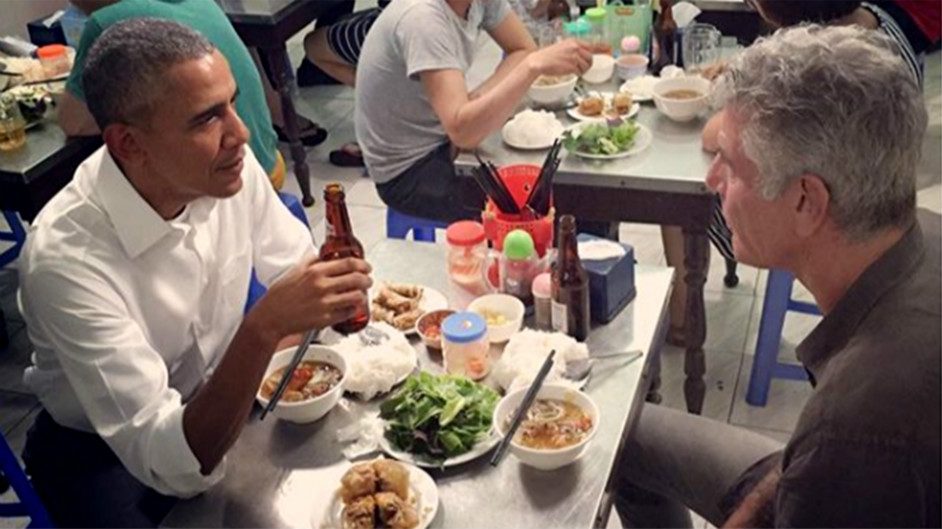 What would you do if former US president Barack Obama dined in your restaurant? Preserve the table of course!

A street side restaurant in Vietnam had the privilege of having him visit their premises two years ago. To signify his patronage, the boss of the restaurant preserved the chairs, table, and utensils that Obama used!

The lucky restaurant is Bún Chả Hương Liên located in Hanoi. It was visited by the former president and celebrity chef Anthony Bourdain on May 23rd, 2016 for television program called Parts Unknown.

According to NextShark, the pair ordered ‘bún chả’, a traditional Vietnamese dish that consists of grilled pork, rice noodles, and vegetables.

The owner of the restaurant, Nguyen Thi Lien, explained that she knew a foreign TV crew was coming, but she never imagined that Obama would be involved in this show too.

“Obama was nice, smiling, cheerful and popular with everyone, his presence in our restaurant was a great surprise for my whole family, who could ever have imagined it, even in our dreams.”

The arrival of the famous duo caused an uproar among all the locals as many gathered in front of the restaurant and cheered for them. Then, when they left the restaurant, they just paid $6 before heading out which is apparently a greatly discounted price.

Can I have dinner with Barack Obama too?

Nguyen also expressed her regrets as she did not take pictures with Obama but his surprise visit did shock her as she did not expect for a famous and important person to visit her restaurant.

According to Reddit, there are reports that say that the restaurant had isolated the chair, table and utensils that the pair used in glass for display.

So, customers having dinner at the restaurant can see the exact place and utensils that former Obama and Bourdain used.

Besides, the owner of the restaurant also created a special menu for customers called the ‘Combo Obama’ which is the exact menu set that was eaten by the president.

Hence, if you wanted to eat food that were same as the president, remember to order this menu when you visit the restaurant next time!

If you have not watch the part where Anthony Bourdain and President Barack Obama visited this restaurant, watch it at below: