6 Best Classic Movies That You Cannot Miss On The HITS Channel! 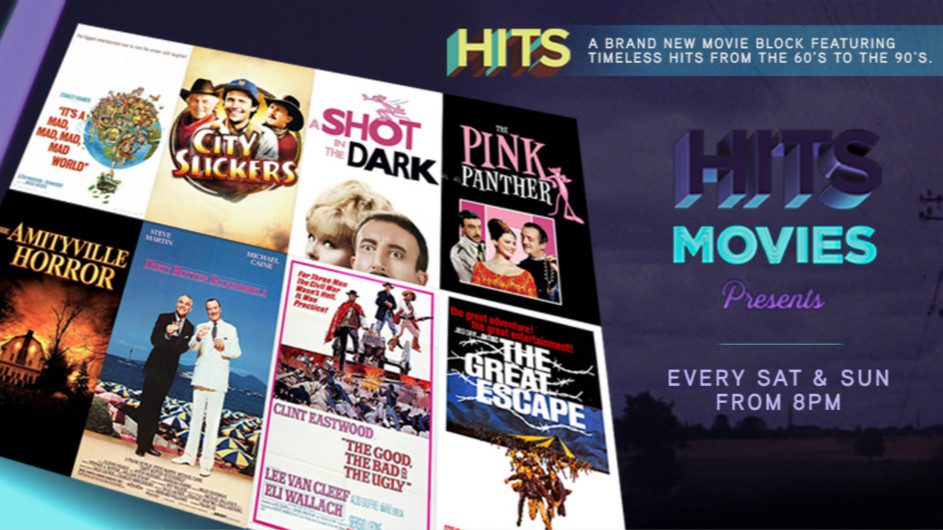 On the weekends, sipping on a cup of coffee on the couch is a good way to indulge ourselves. But what is missing? A marathon of classic movies of course!

From comedy, romantic movies to horror movies, re-watching all the classic flicks starring our all-time favourite actors and actress is something we should all do.

You can catch them all right here on HITS’ special movie block HITS MOVIES Presents, airing weekends from 8pm. Let’s check out what HITS has installed for us this month!

Movie Introduction: Mitch Robbins works as a radio advertisement executive and has just turned 39 years old. Mitch thinks that he has a happy and perfect life but all of the sudden, he lost everything!

One day, a woman suddenly appears in front of Phil and told him that she is pregnant with his child.

On the other hand, Ed Furillo is a successful sporting goods salesman and playboy who recently married an underwear model but is struggling with monogamy and the pressure of having children.

These 3 men come together to celebrate Mitch’s 39th birthday and they venture into a journey of their lifetime.

Movie Introduction: This is based on true events which happened in April, 1974. A murder takes place at a large Dutch Colonial house situated in a suburban neighbourhood in Amityville on the south shore of Long Island.

Ronald DeFeo Jr. shoots and kills six members of his family then he claims that he was possessed by a ghost who ordered him to kill his family members.

Although the judge believes his words, the real reason for killing his family still remains a mystery. One year later, another family moves into the house where the murder happened and paranormal activities start to take place.

Movie Introduction: Paris’ most clumsy detective, Inspector Jacques Clouseau, is on a mission to catch the people who stole the most precious diamond called The Pink Panther.

However, due to his clumsiness, he fails to capture the perpetrator and causes lots of embarrassing moments. In fact, because he behaves so weirdly, other detectives suspect that he is the mastermind behind the diamond’s loss.

Movie Introduction: Mexican bandit Tuco Ramírez is a thief who does lots of bad things such as theft and murder. He is wanted by the town and anyone who captures him will be rewarded.

Brandi is a cowboy who seized Tuco but because the amount of the reward is too little, he decides not to murder the criminal.

Brandi punishes Tuco by leaving him to suffer alone in the desert. However, the devious Tuco escapes and gathers some accomplices to catch Brandy.

Movie Introduction: The movie is set during World War II. People who live in those prisoner camps are obviously eager for freedom.

Hilts planned to escape since the first day he was placed in the POW camp. Although he failed more than 10 times in his escape attempts, Hill never gave up.

This time, Hill and RAF Squadron Leader Roger Bartlett plan to secretly escape through a tunnel which they will create with another 250 people.

However, the escape tunnel gets discovered by the Germans on the day they complete the digging. As the date of escape approaches, Hill decides to start a new round of excavation.

Movie Introduction: Freddy and Lawrence are two playboys and they are definitely professionals in flirting with the ladies.

Their goal is to flirt with every single, rich and lonely women, and steal their money after deceiving their feelings. Freddy and Lawrence are also old peers and therefore, the arguments between them never cease.

One day, a woman named Janet appears in front of them. Her beauty and sensuality quickly attract the attention of the two.

Freddy and Lawrence make a bet. Whoever acquires Janet’s heart will be deemed the female killer. However, the development of events gradually fall out of their control as things do not go as planned.

These 6 movies will definitely entertain you this weekend! Hurry and tune in to the HITS channel every weekend from 8pm for more classic movies.

They’re a duo and perform some really awesome tracks. Catch them live in Kuala Lumpur!

Bringing you wonders to ponder on!

The home shopping channel will be making home visits just to reward the top spenders.