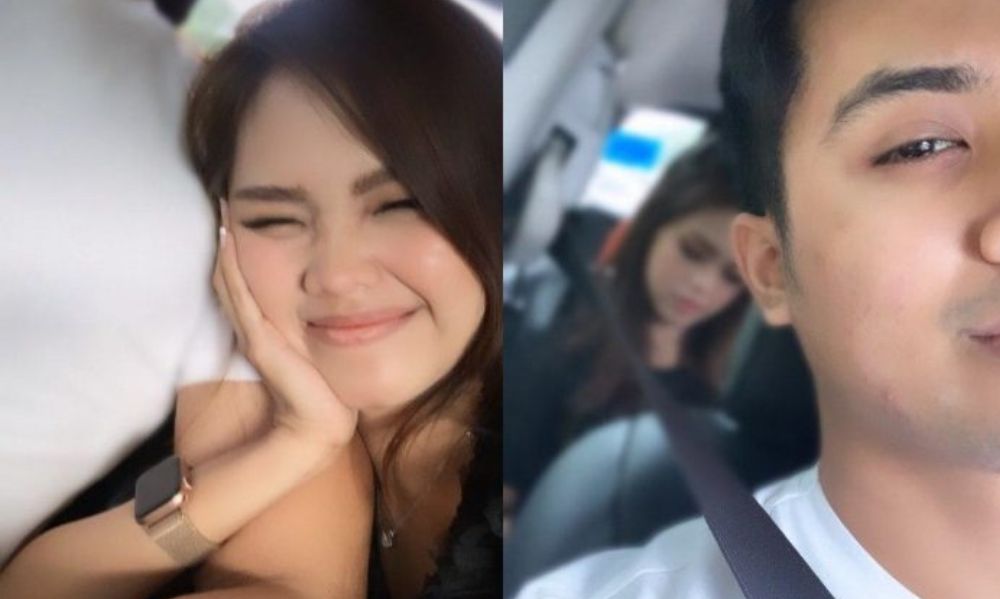 The name Aliff Aziz and Bella Astillah is no longer foreign to any local fans out there. Known for their allegedly toxic relationships; following their divorce back in May 2018, the two stars have been involved in so many scandals and rumours regarding their relationships—some hinted them of getting back together. Despite having no official statements from them given regarding their relationship, the two is known to have always been in contact even after their divorce. Aliff Aziz whom constantly involved in a lot of social issues following the tragedy, the male singer has been constantly seen to be interacting with Bella in the public—in her Instagram. But the rumours might be trumours as recently a photo was uploaded by the two hinting that they might be getting back together!

Apparently what had happened was Bella had posted an Instastory of her clinging onto a man’s arm whom was sporting a fitted plain white t-shirt, with her smiling happily from ear to ear. And following that, Aliff Aziz had also posted an Instastory of his ex-wife sitting at the back seat of his car. And what made the allegation even stronger is the fact that Aliff was sporting a similar fitted white plain t-shirt, just like the one in Bella’s Instastory. And not only that, Bella had also posted another Instastory following her previous one, but this time a quote from Twitter Mufti Menk.

“Your past is a mirror to your present. Learn from it and aim to not make the same mistakes again. A new chapter awaits you each day when you’re awake. Aim to be a better person than you were yesterday.”

It is as if they were hinting that the two are starting to accept each other’s flaws again and might start afresh! So, what do you think?

After 12 years together and teamwork is still an issue?