When one is talented, it is important to give them the credit they deserve, which is why we have got various lists of top performers as well as awards.

The Forbes Korea 2030 Power Leaders list is a prestigious list which anyone could only dream of being in. The list which covers the amazingly talented Koreans below the age of 36 includes some very special celebrities too.

Here are the four amazing singers and actors who made it into the list.

BTS is a worldwide phenomenon at this rate. The group saw international success in 2015 after their song Blood Sweat & Tears caught the world’s attention.

Soon after that, they ventured into the United States of America where they’ve collaborated with massive names like Steve Aoki and Desiigner.

“There are two criterion in order to be certified as a successful artist that is topping album sales and being listed on Billboard’s chart, and BTS has accomplished both goals.”

Of course they are deserving of such a wonderful award for their hard work and talent.

Surely everyone is familiar with Kang Daniel of Wanna One. He is the winner of Produce 101 season 2, hence he is the center of the group. He is known for his killer dance moves and dope rap skills, and also of course, his perfectly handsome face!

But, being listed in Forbes 2030 Power Leader list, Kang Daniel did it by showcasing his talents and sincerity towards everything he does.

“Kang Daniel is an all-around rising star who has already proven he is extremely marketable. He is re-writing the history of the idol industry.

“He has a cute face, good body, and excellent rap skills and combines these innate traits with his effort and attitude to improve his singing and other skills.”

He even has his own sole endorsement with The Spring Home too! 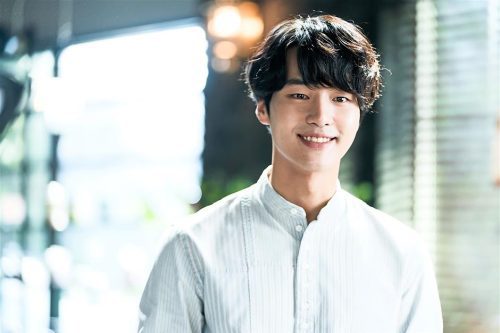 Yang Se Jong is called the rising star in Korea’s acting world after he gained his fame from the hit medical drama called ‘Dr Romantic’.

He made his acting debut in 2016 with Romantic Doctor, Teacher Kim. Then, he won Best New Actor with his drama, ‘Temperature of Love’ in the 25th SBS Drama Awards!

Besides, he started out as a model before becoming an actor. With the perfect body proportion, handsome face and outstanding acting skills, this dude definitely has a bright resume in his hands.

We are looking forward to more of Yang Se Jong in future of K-Dramas!

Kim Tae Ri started her career in theater productions and modelling in TV adverts. But in 2016, she made her film debut in Park Chan-wook’s film The Handmaiden, where she was chosen from among 1,500 candidates who auditioned for the role.

The director’s first impression of her reminded him strongly of his first meeting with actress Kang Hye-jung, who had her career breakthrough in Park’s film Oldboy in 2003.

Kim Tae Ri also won many awards for her movie, The Handmaiden, such as Best New Actress and Best Newcomer in many prestigious award shows like the 37th Blue Dragon Film Awards and the 11th Asian Film Awards.

“I didn’t become a star overnight,”

“Before I met director Park Chan Wook in 2014, there was a period of six years that no one knows about except for me.”

Being young, beautiful and talented, we can look forward to more films from Kim Tae Ri.

Congratulations to all the young and talented leaders!

Bring your gaming experience to the next level.

Maybe he was just being a fanboy trying to show his support for his idol, but maybe BLINKS took it too far?