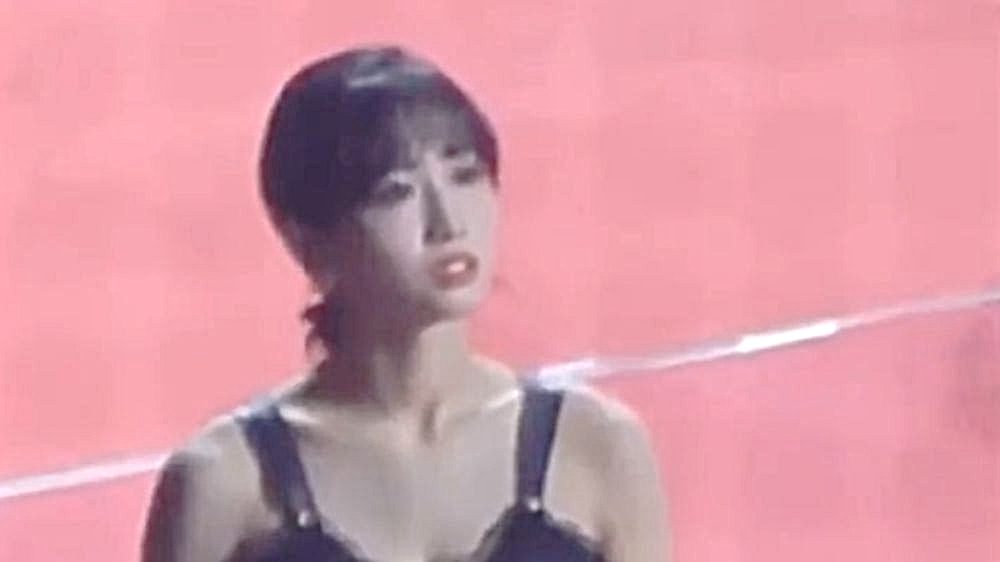 It was evident that the joke wasn’t even funny at all.

Last night, on the ‘Seoul Music Awards’ a joke about Momo and Heechul’s relationship was made by one of the hosts for the night. As the hall was filled with a roar of laughter from the audience, the joke immediately become a mundane one as some fans took notice TWICE’s questionable reactions pursuing the joke. Shin Don Yup—a comedian—was hosting the awards alongside Super Junior Heechul. As the ceremony was at its peak, the comedian made a comment about Heechul’s relationship by saying the second generation idol must be very happy to see someone at  the event.

At this point, the public had already known about the two’s love story but when the remark was made, Heechul was visibly taken aback but managed to brush it off by saying “I am excited to see my fellow Super Junior members”.

Dongyup is teasing heechul saying he must be glad to see someone ??. Then he was talking about super junior ?.

IM SOBBING AND LAUGHING AT THE SAME TIME. LET THE MAN LIVE!?

However, some netizens took notice that the TWICE members—not only Momo—looked evidently uncomfortable and froze. It can be seen how shocked they looked even though they tried to be professional.

And Momo on the other hand seemed a lot more anxious about it; some even said that Momo seemed to be on the verge of tears.

they looked so uncomfortable … momo looks on the verge of tears at the end, tell me again they were “laughing” pic.twitter.com/HsFsYKBHHY

Mnet’s Under Fire Again, This Time It Happened Back Stage

When it comes to Mnet; another day, another drama.