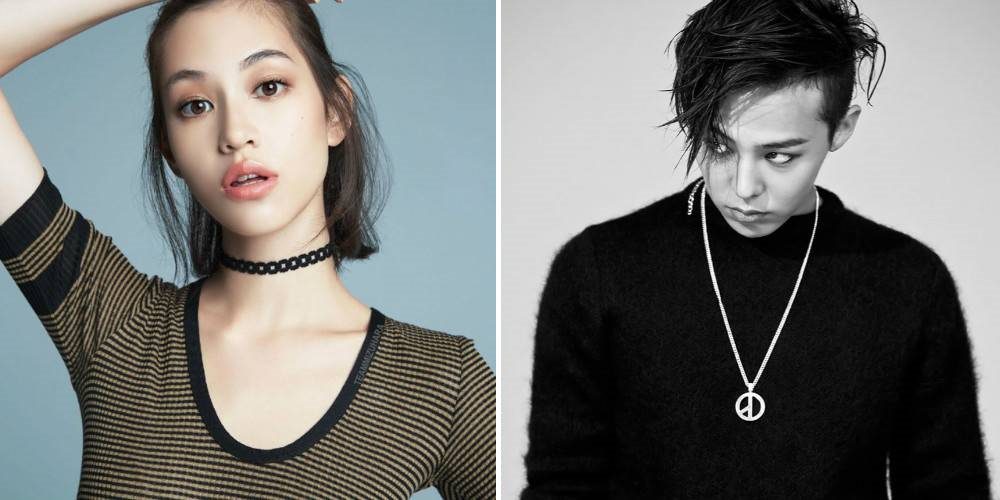 Big Bang’s G-Dragon is definitely one of the most famous Korean celebrities. He is a great singer, rapper, dancer, actor and personality.

But because of his fame, many people tend to spread rumours about him. He has definitely went through a lot of scandals with various female celebrities both from South Korea and abroad.

Here’s a list of his past dating scandals in chronological order.

Just as Wonder Girls debuted, G-Dragon worked with Sohee on multiple performances in 2008. Fans speculated that the two were dating due to the two celebrities’ matching outfits and accessories.

Neither of them ever spoke about these reports so it remains a mystery up until today.

Probably G-Dragon’s most famous dating scandal yet is with Japanese model, Kiko Mizuhara. The issue broke out in 2010 and the duo have had dating gossips being spread multiple times over the next few years.

They were seen hugging and being rather intimate with each other across several locations including the world’s most romantic city, Paris.

Both G-Dragon and Kiko continuously denied the rumours every time a new story broke out.

Girl’s Generation’s Taeyeon is also one of the few most gossiped-about celebrity. Alongside her many dating scandals, she and G-Dragon had one too.

In 2015, a tabloid portal ‘revealed’ that the two fell in love with each other because Taeyeon reminded G-Dragon of his first love.

The rumours were quickly responded by both agencies claiming that they’re not true. However, fans continued to accuse the two of being in a relationship even into 2016.

Just as the Taeyeon debacle started to slowly die down, G-Dragon faced a new issue in the same year and this time with Japanese model and actress, Nana Komatsu.

It was revealed that G-Dragon posted several intimate pictures of him and her being intimate together on his private Instagram account. The pictures circulated very quickly and rumours spread like wildfire.

The two met during a photoshoot and they continued to become closer with each other. Nana has also shared that she is a big fan of him.

Neither of them nor their labels mentioned anything about the issue which have left fans wondering up until today whether they dated or not.

Sulli went through a lot of rumours just as she started dating rapper Choiza and then left f(x). After three years of dating, the two broke up in 2017.

However, the rumourmongers continued to speak badly of her and so the tale of she and G-Dragon was dating begun.

Sulli uploaded pictures of herself online with a man who seemed to be G-Dragon’s manager. Fans started questioning the situation but things escalated after G-Dragon and Sulli went to an amusement park with her friends; Gain and Goo Hara.

Everyone believed that the two were secretly dating and they had matching rings to match. Some people even pulled up the fact that G-Dragon once said that Sulli is his ideal type of girl back in 2009.

Regardless, YG Entertainment quickly shot down the news. They said,

“This is a story that is completely groundless and ridiculous. We recently heard about this and asked G-Dragon ourselves. He said ‘that’s a ridiculous story’ and laughed.

“G-Dragon and Sulli both got that ring from a mutual friend of theirs.”

In the later part of 2017, G-Dragon and After Shool’s Jooyeon made headlines thanks to dating rumours. Several photos and videos started spreading as ‘proof’ of their relationship.

Tabloid website Despatch even stated that the couple spent three days on Jeju Island together.

In February 2018, Big Bang member Seungri shot down any dating rumours for every member by saying that none of the unmarried members are seeing anyone.

Now that G-Dragon is in the army, such rumours have died down but up until today, people are still wondering whether he truly did date any of them or not.