IPHONE X MIGHT BE DISCONTINUED, LAZADA RETAILERS GIVE MASSIVE DISCOUNTS 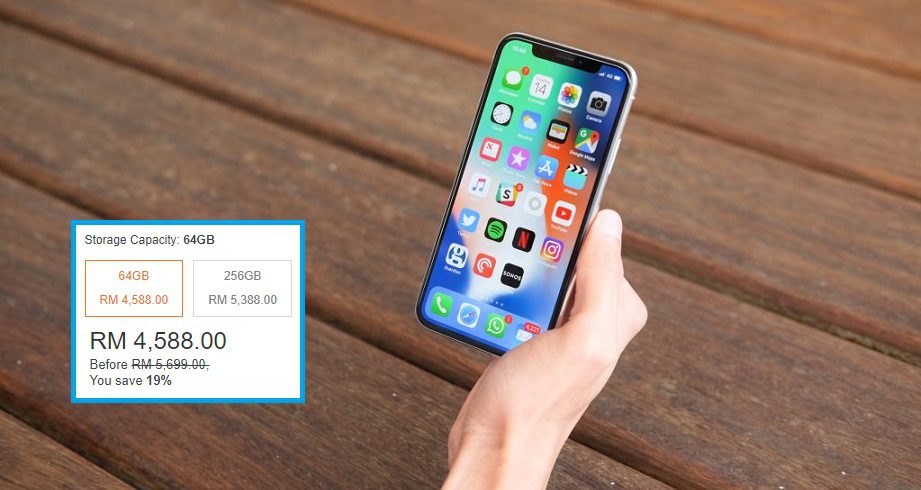 It seems like Apple’s latest product isn’t doing that well after all.

Last September, Apple announced the brand new iPhone 8 and all its greatest features. Of course, people were excited over the new reason to sell their kidneys but then Apple went and kill the 8’s glorious moment by introducing the X.

Similarly to the case of the iPhone 5C in 2014, the iPhone X hasn’t been seeing as much sales as the corporation hoped for, Daily Mail reported.

Many people have speculated that it could be due to the exorbitant price while others argued that there wasn’t much new features in the iPhone X as compared to many Android models that came out years ago.

Most people would rather opt for the iPhone 8 if they wanted an upgrade for their Apple phones. Many iSheeps have even decided to jump that ship and swim over to the Android side.

This is also part of how iOS updates actually do slow the older models down as well as drain the battery life. Because their old iPhones are too slow for usage anymore, and they need a functional device, they opt for more affordable smartphones.

The latest Apple leak has shown a high possibility for cancellation of iPhone X production by mid 2018.

However, if you’re still keen on getting this overpriced gadget anyways, Lazada sellers are currently offering lower prices.

Wow Phone is one of the many retailers on the online shopping platform. According to Says, have slashed down their prices for the iPhone X 64GB and 128GB.

No worries about the warranty either as Wow Shop is trustworthy and your one year warranty card will be issued by Apple Malaysia.

It seems like a couple of other retailers are also offering such prices. Check out Lazada now for some savings.

iKONIC has had enough with YG Entertainment making excuses for iKON’s indefinite schedule.