PEOPLE ARE UPSET WITH THIS PICTURE OF BOOKS BEING STEPPED ON 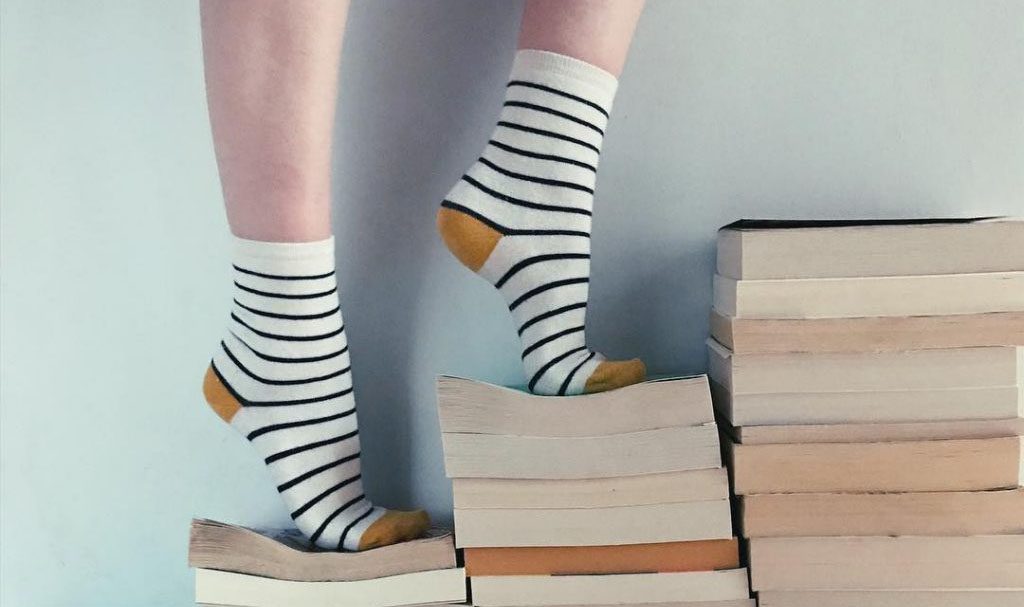 Books, in some cultures and traditions are held to a very lofty standard. This is perhaps due to their sanctified value of a carrier and preserver of knowledge.

That’s why in some cultures like ours in Malaysia, putting books on the floor is a sign of disrespect and dishonour to knowledge and is generally frowned upon.

Recently, one post on Instagram has been garnering some attention from netizens, for all the wrong reasons. It was an innocent post on socks and Sundays. The Instagrammer, @bookishbronte (real name Bronte Huskinson), dubbed herself a ‘bookstagrammer’, book photographer and a writer. But, never thought that her #socksunday post will be attracting quite a great deal of controversy.

A plethora of negative comments came flying in the moment the post went viral on social media.

One Instagrammer bashed her action as that equals to putting her feet on God: While another instagrammer cringed just looking at the picture:

This instagrammer defined the definition of books:

However, some instagrammers found the whole commotion hilarious and tried to paint the whole situation neutral:

However, that’s not the first time the British writer and a lover of books has posted such a picture.

Here’s another one that the netizens might have missed: Carrying books as her central theme on all her Instagram posts, the blogger is known for her soft hued and Pinterest-like pictures. The British author wrote her first novel, Never Mind My Thigh Gap, at the mere age of 16.

Slide through her Insta profile and you’ll fall in love with her huge fondness over books and reading.

You may wanna start reading your paperbacks after looking at these pictures. *winks* What do you personally think of her pictures where she steps on the books? Are you also cringing at the sight or are you simply thinking ‘Nevermind lah, let her do whatever she wants lah!’?