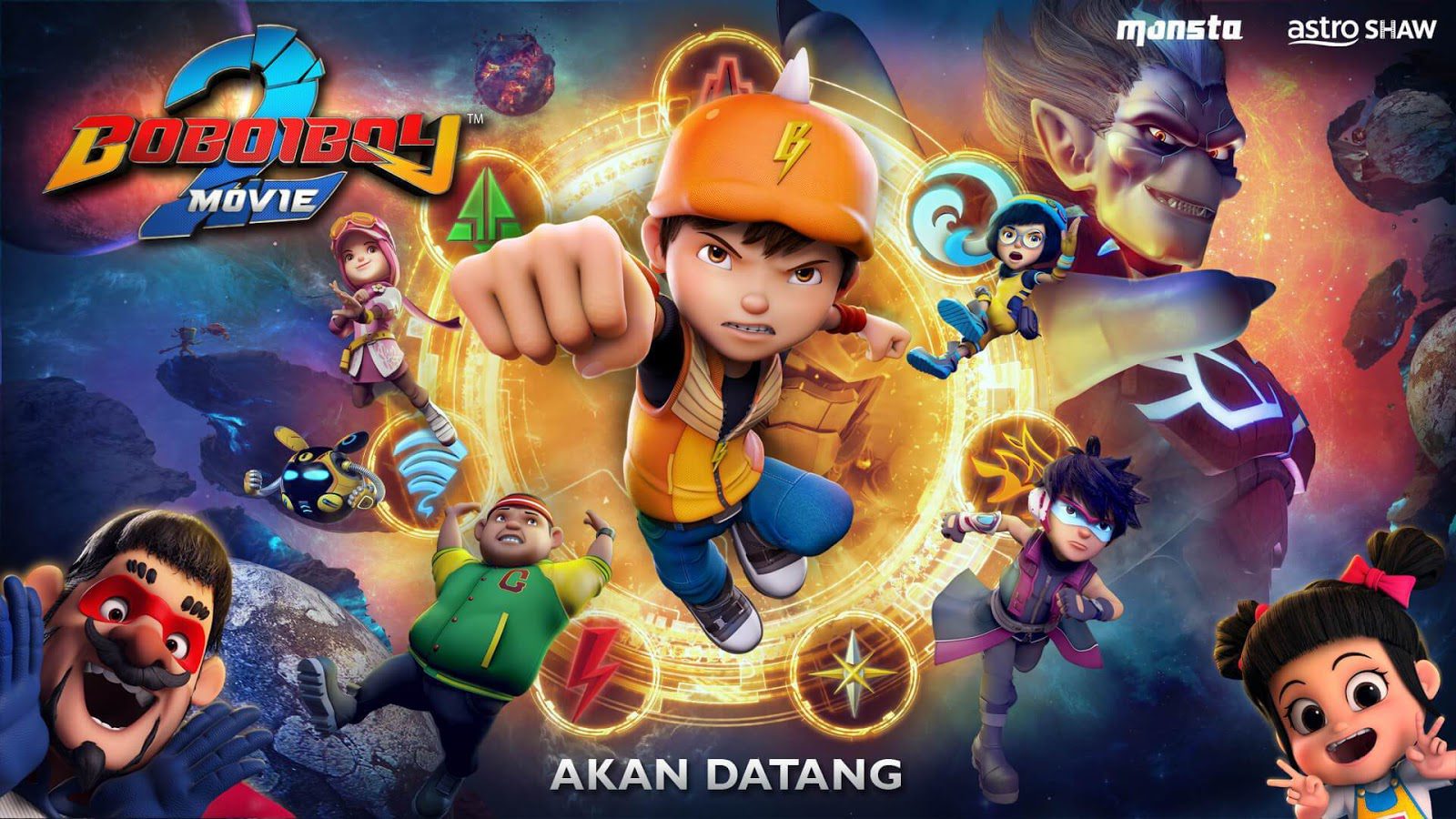 BoBoiBoy Movie 2 is gearing up for its release in the nation’s big screens along with neighbouring countries — Indonesia, Singapura, Brunei and Vietnam on the 8th of August 2019! The premier of the fun-action film was held in MBO Starling Mall, Damansara Utama.

Up to this moment, BoBoiBoy Movie 2’s trailer in YouTube has reached an outstanding 4 million views while the teaser alone has garnered over 10 million watches! The audience’s response was sensational and eager to witness the long-awaited film that combines all elements to Malaysia’s big hits — superhero, adventure and comedy.

BoBoiBoy Movie 2 awaits fans in over 144 cinemas in Malaysia, 8 in Singapore followed by 4 in Brunei. Indonesia meanwhile, 150 cinemas and 120 screens from Vietnam will join the adventure. The production team has had requests from Thailand and the Philippines, but it is still under discussion and no official statement has yet been released. Monsta Studios too target to include South Korea, India and China for the potential film lineup.

“We hoped Boboiboy 2 Movie 2 will be able to entertain all people of all ages. This film is made for the people as a whole — from the kindies up to the adults, and even the entire family. We’re beyond than happy to present such film that can be enjoyed by everyone, without borders”

Malaysian fans have already bought their tickets in advanced promotion by exhibitors in selected cinemas since the 18th of July, and officially open for purchase on the 26th of the same month.

More good news to the film’s fans out there, BoBoiBoy Movie 2 will be holding a tour around the nation, both East and West Malaysia. BoBoiBoy’s mascott and friends will be making their appearance for more fun and action. Various exciting activities awaits for the fans, including a fanmeeting session, colouring contest, giveaway and many more. Plus, Animonsta Studios has also collaborated with stage partners to come up with exclusive BoBoiBoy merchandises.

BoBoiBoy Movie 2 will features a new villain named ‘Retak’ka’. ‘Retak’ka’ was introduced as the prime bender of the elemental powers. The film tells the main protagonist, BoBoiBoy and friends’ adventure in obstructing Retak’ka from stealing all of elemental powers from BoBoiBoy to rule the galaxy.

The main theme song of BoBoiBoy Movie 2 features the voice of Faizal Tahir, the nation’s pride singer for its “Fire & Water” that is packed with positive messages highlighting passion and spirit in its lyrics.

This is definitely one of the those movies that you do not want to miss! Let’s us get our elemental fists up and pumped for this movie on the 8th of August!

It’s the balik kampung season once more! Why not amp up your holidays by being treated like VIPs?