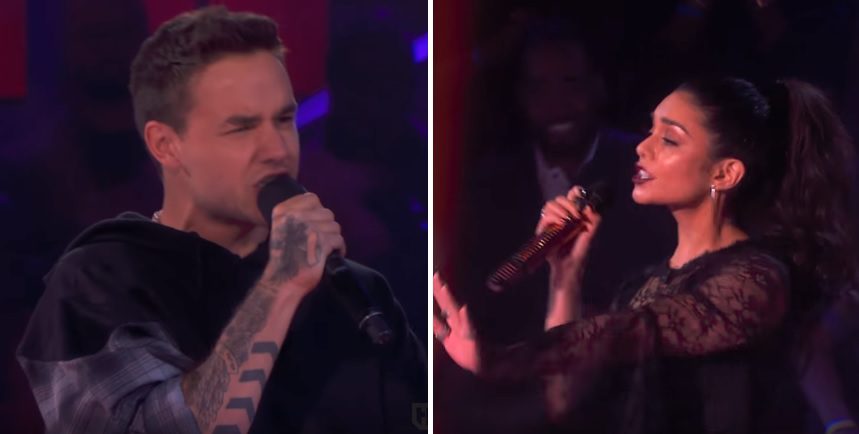 Drop the Mic is a show which invites celebrities from different worlds of entertainment to tear each other up in a rap battle purely for the sake of amusement.

The show first started off from The Late Late Show with James Corden but due to popular demand, they got their own time slot in 2017.

The show has seen various artists battling it out with some of the meanest take-downs ever. This list highlights the 10 best battles ever.

Everyone knows Luis as the Despacito guy with the most-watched YouTube video currently at 5.33 billion views. His song has been heard throughout the whole world and radios repeated the song like it was a mantra.

Meanwhile, Terry was an American Football player who later ventured into the world of acting. He is well-known for being in The Expandables series, White Chicks, Brooklyn Nine-Nine and many more.

Shawn is currently one of the hottest singers loved by many for his amazing vocals, cute looks and heart-wrenching lyrics. He has won multiple awards across different award shows throughout his career including from the American Music Awards.

Both Usher and Anthony are no strangers to the entertainment industry as they’ve been in it for more than 20 years, now. Usher is better known as a singer with a distinctive voice while Anthony has starred in many movies, especially comedy.

Michael is an American football player whose brother, Martellus, is also in the same field. Meanwhile, everyone would know Vanessa as  Gabriella Montez from High School Musical.

Darren is best-known for portraying Blaine Anderson on the musical TV series, Glee. Gaten on the other hand caught everyone’s attention as Dustin Henderson in the latest science fiction-horror series, Stranger Things.

Charlie currently holds the second most-watched YouTube video record alongside Wiz Khalifa for their song See You Again. Aside from that, he’s also won many awards for his other songs too.

Anyone who was alive during the 90’s and early 2000’s would proudly say they’re a fan of the Backstreet Boys. During that period, they’ve released so many songs which are considered legendary and still often played til this day.

David played Ross Geller in the all-time favourite sitcom, FRIENDS. His character was very much loved and also hated by fans for some of his pretty bad decisions during the show. No, it wasn’t a break, Ross!

On the other hand, James is an English actor, writer, producer, singer, TV show host and comedian. People would know him best on his very own show,  The Late Late Show with James Corden.

Meanwhile, a sudden yet super exciting appearance by actress Rebel got the crowd going wild. She’s truly famous as well for her role as Fat Amy in Pitch Perfect.

Both Ken and Shaq are no strangers to the entertainment industry but prior to becoming an actor, Ken was actually a doctor. He then had a show loosely based-on his life.

Shaq is, needless to say, iconic in many ways. Throughout his basketball career, he was much loved for his plays and also his wit during interviews. After retiring in 2011, he has continued working with many brands as an ambassador.

Halle won the Academy Award for Best Actress in 2002 and thus far has been the only Black woman to do so. She’s appeared in many blockbuster movies such as Die Another Day, the X-Men series, Kingsman and soon John Wick.

She even started her own production company, 606 Films, with Elaine Goldsmith-Thomas.

Everyone knows Jason’s songs…mainly because he will announce his name in them. He has dropped many amazing dance tracks such as Wriggle, Talk Dirty, Swalla, etc.

Liam, on the other hand, is much loved due to the fact that he was a part of One Direction before they split. His partner is Cheryl who recently just gave birth to their first son named Bear Payne.

Cheryl was one of the judges when Liam was in 2010’s The X Factor.

Which of these were your favourites? Or do you have ones you like which weren’t on the list?

There are so many prizes to be won!