13 MOVIES EVERY WOMAN MUST WATCH WITH THE LADIES 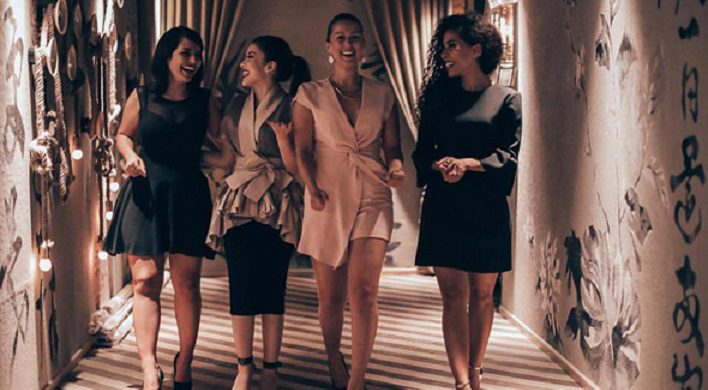 Of course, sometimes we run out of things to talk about (yes, we do!) and would need a different kind of activity to refuel our topics of conversation.

Well, watching a good movie is definitely the perfect chance to do so. We can talk about the movie afterwards and become a critic.

Now, gather all the ladies up, bring out the wine, prep some healthy non-fat snacks, and get cosy in your jammies. Because it’s ladies’ night!

Plot: A wonderful fresh graduate lands a great job as an assistant to Miranda Priestly, a scary editor-in-chief of a high fashion magazine. Miranda is so scary the people who work under her gave her the nickname ‘Devil’.

Plot: The movie starts after the death of Princess Diana. It involves royal family feuds, politics, the future of Britain, and the love people had for the late princess.

The movie features a change of times and traditions, and is all about modernisation.

Plot: Elizabeth Gilbert has everything many girls dream of – a husband, a house and a successful career. However, she felt lost and confused in her life.

So, she divorces her husband and set out on a journey to find herself while she travels around the world.

4. My Week with Marilyn

Plot: Ever wondered what it was like to work with a top star like Marilyn Monroe? Well, this movie shows just how the late Marilyn was like according to Colin Clark’s real life account of working with the latter.

Plot: Follow Coco Chanel’s life prior to her fame through this French film. The movie starts at a young stage of her life and shows how she built herself up and into the famous brand that her name is now.

PS; this movie is in French.

Plot: Casey misses her mother and decides to resurrect her dead mother to life using a magic spell she found in a book. However, she accidentally gives life to Eve, a plastic doll, instead of her late mother.

Eve tries to live a normal life and helps Casey and her father become better people.

Plot: Elle gets dumped by her long time boyfriend as he said that she wasn’t serious enough for his political aspirations. He was enrolled into Harvard Law School and she does her best to join him too.

She succeeds in doing so, and begins her career in law here.

Plot: Sebastian Hastings was accepted into an elite school but decided to go to London with his band instead. To ‘cover’ his absence, twin sister, Viola agrees to take his place.

She joins the soccer team to prove her previous team wrong.

Plot: John Tucker is a playboy and the girls whom he were dating found out about it by accident. A waitress who was working during all of their dates convince the girls to seek revenge instead of fighting with each other.

They then put the waitress forward as a means of revenge by making John fall in love with her, but only to break his heart in the end.

Plot: Tess Coleman and her teenage daughter, Anna, don’t get along very well. On a freaky Friday, their souls switch and they end up having to live each other’s lives.

Plot: 13-year-old Jenna was seen as the ‘loser’ in school. On her birthday, the popular girls promised to attend her party if she finished her homework. They went to Jenna’s house but stole her homework and food.

Devastated, Jenna wishes she was 30 years old. Lo and behold, she woke up at her 30-year-old self but doesn’t know what happened between her birthday and until the day she woke up. She tries to figure out her life.

Plot: Cady Heron was home-schooled her whole life in America as her zoologist parents were there for a 12-year research trip. They finally return to America and Cady is enrolled into a high school.

She struggles to fit in and is unceremoniously thrown into backbiting, backstabbing and scheming situations.

Plot: Mia Thermopolis is a nobody in school. She is awkward and has social anxiety which pushes her further into unpopularity. One day, she is suddenly revealed to be a princess of a far-off country and is given a complete makeover.

She struggles to transform into a proper lady as what royal women should be like, and also struggles with being suddenly thrown into the limelight due to her new looks and status.

Though many of us have definitely watch most of these movies before, it never hurts to watch them again. So, when’s the get-together, ladies?

Did Mira Filzah learn a brand new magic trick? People are getting caught up over her amazing hosting skills on Nona.

The show has been going on for 13 years but is abruptly ending very soon!