13 Fun Facts About BTS Anyone Should Know 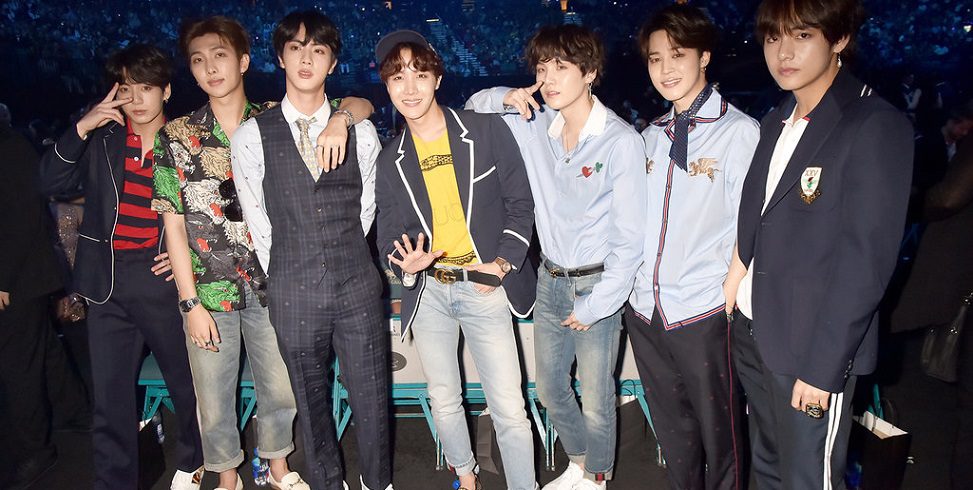 Bangtan Sonyeondan or better known as BTS is currently the most famous KPOP boy group in the world. Everyone who is not a fan would have at least heard of them by now.

They are one of the very few Korean artists to make a huge mark upon the American music scene.

As famous as they are, they are all still people with very human sides to them. Here are 13 fun facts which anyone should know.

But he might have changed his mind now after seeing RM in that outfit.

2. Their CEO couldn’t recognise V for an entire year

Big Hit Entertainment’s CEO, Bang Si Hyuk, could not recognise nor remember V’s name at all for an entire year.

V called out Si Hyuk in an episode of Rookie King and the latter defended himself by saying he just doesn’t remember all the trainees.

3. RM is in charge of sweeping dorm floors

Seeing as RM is very ‘good’ at breaking things, he tends to make a mess as well which is why the members put him in charge of cleaning the floors.

4. Jin’s pants fell down during their debut stage!

BTS is known for their really tough dances which requires a lot of movement. Unfortunately, a wardrobe malfunction happened and Jin’s pants unfortunately fell down while he was dancing.

He was so embarrassed by the incident that he cried backstage.

5. The boys compete over the amount of retweets

The BTS members are very competitive even with each other. Jimin shared once that they would try to see who could get more retweets than the other.

6. RM said he would date J-Hope

Because J-Hope is like a mother to everyone with his kind and caring nature, RM once said that he would totally date J-Hope if he was a girl.

7. Jungkook dreams to open a restaurant or be a tattoo artist

Jungkook is rather peculiar because he doesn’t want to open just any restaurant, he actually wants to start his own duck restaurant to be specific.

It’s either that or he wants to become a tattoo artist since he loves drawing a lot.

Being a tattoo artist in South Korea is pretty different than other places. Over there, you must be certified before you could open your own studio. Tattooing from home is considered illegal.

Read more: BTS is Going on a World Tour!

8. V is a saxophonist

When V told his parents he wanted to become a singer, they decided to send him for music classes to help achieve this dream. For 3 years, he played it very well before moving onto practice dancing more seriously.

He played the instrument during Starshow 360 once.

In an episode of MV Bank Comeback Talk, BTS was asked what would they be if they weren’t in this band. V wanted to say that he would have become a saxophonist but his pronunciation went a little awry and this long running joke ensued.

10. V has never had a girlfriend

It’s not too surprising if you think about his story thus far. While most teens were going through puberty, they would be busy chasing after the girls they liked.

However, V was busy preparing himself to become a member of BTS. He was busy learning an instrument, how to sing and how to dance.

Then, after debuting, he has been extremely busy too with shows not only in Japan but also in the United States of America.

11. Jin loves his toys more than the members

Jin is well-known as the most tolerant person in the group. Even though he is the oldest, everyone loves picking on him and Jin would just let it slide. He often plays along too.

But if there’s one thing which he puts above those naughty boys would be his toys. Jin has a wide collection of Mario miniatures which he values very much.

If any of the members mess with them, Jin has said he would beat them up.

Perhaps because V went through a lot of hardship during his younger years which hindered him from enjoying a lot of fun things which has made him the simplest of joys such as bubbles.

Who wouldn’t want Jungkook’s underwear, am I right?

But not only did Suga loot the younger guy’s undies, he even lied about it while he was wearing them!

Yes, these boys are just as human as any of us. They’re all unique in their own ways too but never failed to be transparent with us about their feelings.

Who else is excited for the concert?

Immerse Yourself in a Surround Sound Live-Music Experience