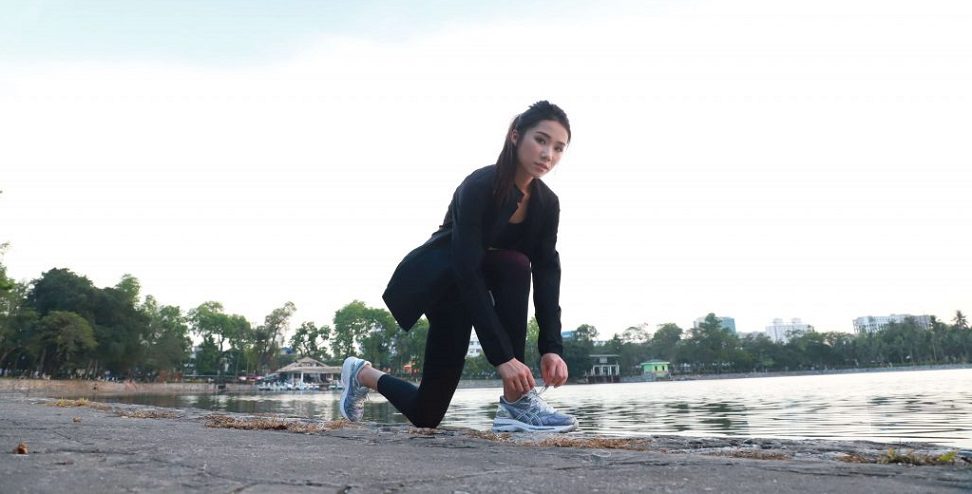 It takes a lot of training and endurance to be able to run in marathons. In fact, nowadays, we’ve got all sorts of obstacle races as well which requires more than just stamina – they need us to use lots of strength, teamwork and even thought.

For a beauty blogger and influencer like Yeoh Mong Chin, she does not have any experience of that sort. However, daring herself to take up a special kind of challenge, the Singaporean lady saw herself running around Southeast Asia.

In her very first reality TV series called Who Runs the World with Mong Chin, the gorgeous lady got down and dirty in various kinds of runs which demanded a lot out of her both physically and mentally.

The show will start airing on July 23rd, 2018 at 9.30pm and will be repeated on the same time every Monday. You can catch the show on LIFETIME at Channel 709.

Here’s a sneak peek into each episode to come:

One of the most exciting festivals in Thailand would have to be the Thai New Year or better known as Songkran. During this festival, which often takes place around mid April, everyone will be doused in water as it is believed to be a form of blessing.

Watch as Mong Chin ‘run for her life’ in this fun water-splashing festival.

One of the many runs Malaysia sees annually, the Standard Chartered Kuala Lumpur marathon is definitely a crowd favourite – perhaps also because it is one of the first few races in the country.

Regardless, this is Mong Chin’s first ever marathon and without much training, she went into the 10 kilometre race anyways. Thankfully, she has the help of local influencers such as SY, Zamaera and Nana Al Haleq to help her out.

This little island on the eastern side of Indonesia has become quite the favourite spot to travel to. Home to Mount Rinjani, an active volcano, the place hosts one of the toughest runs in the world; the Rinjani 100 Ultramarathon.

Thankfully, the organisers have decided to add in a beginners’ run in the hills around of the volcano so that inexperienced people like Mong Chin can join in.

If you’ve never heard of the Hash Run then don’t be surprised because it is indeed a super secret run. It’s so secretive that even the location is not revealed unless you’re lucky enough.

Then, you’ve gotta follow a trail of flour but even that is mixed up with many fake twists and turns to confuse others. Watch as Mong Chin try to figure things out in this confusing race.

Back in her home country, the influencer joins in on the ILLUMI Run where participants have to run at night through glowing waters. Luckily, there’s a lot of music and dancing to boost herself.

As if running isn’t exhausting enough, Mong Chin also joins the Ministry of Adventure on a kayaking expedition around the Punggol Waterway. Phew! Sure sounds exhausting.

Her final stop brings her to the gorgeous getaway city. Though the place is known for its relaxing sandy beaches and beautiful blue seas, Mong Chin takes on what would probably be the toughest run yet – the Spartan Sprint.

This obstacle race made the beauty blogger climb, push, jump and crawl through fire, mud and barbed wires.

Any Tom, Dick and Harry would have given up the moment we’re faced with such a challenge but Mong Chin wanted to do it for her fans and viewers.

Because she knew that people will be watching, she never once gave up in any of these strenuous activities. She wanted to be able to inspire everyone to keep going just as she did.

Plus, if you’re into beauty, then you absolutely need to see how she was able to maintain everything while muddling through dirt and covered in sweat.

Remember to catch the show every Monday, 9.30pm starting 23rd July onwards only on LIFETIME Channel 709.

“That’s the problem. Playboy is just a guy who can’t commit.” So, lepas you kawin pun you can’t commit, still a playboy.” Redza Minhat

It’s much simpler than the Korean 10-Steps, and they aren’t that complicated to do either.

What a way to kick off Chinese New Year!

This Is Not A Drill! Ultraman Is Literally Joining Marvel In 2020!

So with this article piece of news, how do we feel about it?