Heechul Confessed that He Slept with Hani and Bora Before! 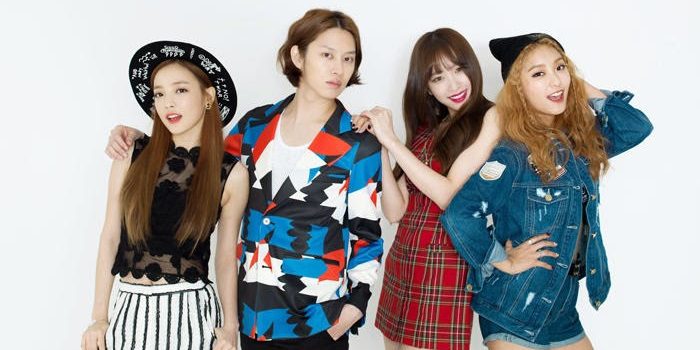 Super Junior’s Heechul has always been the subject of controversy when it comes to being involved with girl groups. Whatever he says always end up being a double-edged sword even if its the most innocent of them.

It’s not different again this time when Heechul absentmindedly mentioned that he slept with EXID’s Hani and former SISTAR’s Bora, Koreaboo reported.

The trio are known to be bestfriends ever since they joined a variety show called A Style For You along with Goo Hara. The show allowed the four fashionistas to create their own styles.

In fact, Heechul and Hani became even closer when they hosted Weekly Idol together. They gained the nickname Hee Siblings because of Hani’s real name, Hee Yeon.

During an episode of Knowing Bros where the two mentioned female idols were invited on as guests, they had to guess Bora’s sleeping habit.

It was then when the Super Junior member said,

“Last year when we filmed a variety show together, you, me, and Hani slept together. How did we sleep back then…?”

To say that a person slept with another usually entails some adult nature to it. By making such a bold statement, everyone became immediately confused.

Some of them became surprised and might have thought of some NSFW things too. However, to diffuse the situation, cast member Lee Soo Geun made a joke.

“Heechul must have been the prettiest [among all three].”

Funnily enough, the singer did have long, wavy hair at that time which was similar to Hani’s and Bora’s.

Of course, this isn’t the first time Heechul has said anything remotely ‘dangerous’ such as this. As a host, radio DJ and variety show cast member across various programmes, he has made many comments such as these before.

Let’s just hope that he doesn’t slip anything truly bad the next time.

It’s also the perfect chance to bring your partner out on an eerily fun date.

Pokémon: Catch ‘Em All at Genting Highlands in February

Catch Pokémon The Movie: The Power of Us at Resorts World Genting next month.