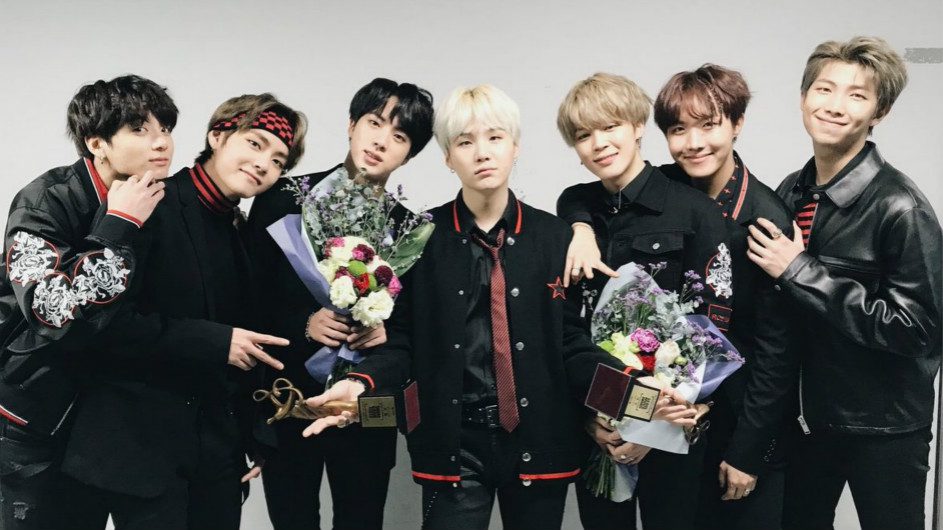 It’s time to meet your future sisters and brothers in law. Have you ever wondered what Korea’s top boy group, BTS’s siblings look like? Will they have good perfect DNA as the members of BTS too?

Some of you might already know what their siblings look like, but did you know that some of them are pretty successful too?

Image via We Heart It

Jin is the youngest in his family and he has one older brother who looks very similar to him. From their baby pictures, you can see that they definitely do look like twins!

Besides, Jin also said that aside from his parents, his brother is the one that supported his dream to be a singer. Jin also remembers that he always fought with his hyung when they were younger.

Aww…this is how they show love and care to each other.

Although there are not much information on Seok Jung, we can definitely know for sure that he is the one that loves him and supports since day one.

From the video below of him supporting Jin at a concert, we can see clearly what Seok Jung looks like. Obviously, he looks just as charming as his ‘world-wide’ handsome brother too.

RM is known for his swaggy looks and dope rapping skills but does anyone knows that he has a beloved younger sister? He does not reveal much about his younger sister as he most likely wants to protect her from the entertainment world or gossip.

There’s only one picture which RM has ever posted of Kyung Min who is also a 97-liner like Jungkook.

Jhope, also known as Jung Ho Seok, has a very pretty older sister called Jung Ji Wo. She is 4 years older than him and they are very close to each other.

Good DNA is proven to run in Jhope’s family as her sister is definitely drop dead gorgeous! She even has her own online clothing shop where she sells all the in-trend outfits.

In fact, Jhope has been seen wearing some of those clothes too.

Suga is the youngest member in his family and he has one older brother. His brother’s name is Min Jun Ki but there’s not much information as Suga rarely talks about him in public.

Besides, there is also only one public picture that shows Jun Ki’s face. Suga mentioned in BTS 3RD Muster ARMY ZIP + DVD disc 1 that he doesn’t have long conversations with his brother.

Jimin has one younger brother named Park Ji Hyun. They are very close to each other and whenever Jimin has free time, he will go back to his hometown to meet up with his younger brother.

Image via We Heart It

They even went to the beach together once when Jimin went back to Busan. From the video below, Jimin can be seen strolling the beach with his brother.

He mentioned his brother at 1:37 mark and his brother’s hand can be clearly seen at 5:31. Then, Ji Hyun’s full body can be seen at 6:06. Unfortunately, there’s no shot of Ji Hyun’s face.

V, whose real name is Kim Tae Hyung, is the oldest among his siblings. He has a younger brother, Kim Jeon Gyu, and younger sister, Kim Eun Jun. There’s not much information on his siblings as he never really openly spoke about them.

However, he cried once when he was talking about his younger brother in a V Live video. He said that he missed his family a lot.

With V’s good looks, many fans are definitely curious how his younger siblings look.

BTS’s golden maknae, Jeon Jung Kook, has an older brother who is just as handsome as him.

His older brother’s name is Jeon Jung Hyun and is currently in a military school. They are very close to each other as his brother always upload sketches of BTS members onto his personal Instagram.

Although there are not many pictures of Jung Kook’s brother, with a handsome and good looking younger brother, we can conclude that Jung Hyun is a very handsome lad too.

Fans can see all the sketches through his own personal Instagram.

We can see that all of BTS’s siblings are very attractive. We can only conclude that BTS members definitely have good genes and DNA running in their families.

Hopefully, they will soon be our family members too. *Fingers crossed*

Read more: 13 Fun Facts About BTS Anyone Should Know

Luck was on Mamak’s side last night!