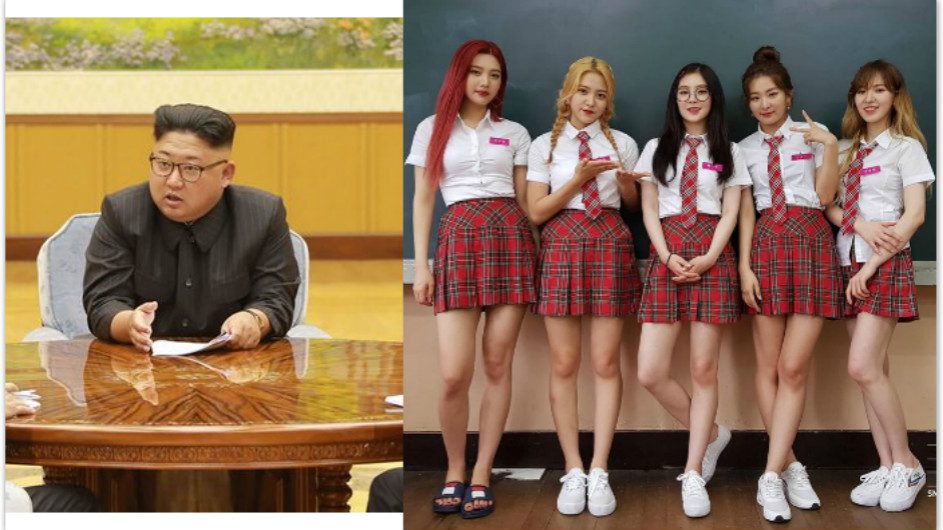 The supreme leader of North Korea has recently been reported to have adjusted his busy schedule just to give support to South Korean girl band Red Velvet.

Wow, who would have though that Kim Jong Un is a fan.

According to Allkpop, there were a few South Korean artists who travelled to the neighbouring country to perform at the East Pyongyang Grand Theatre and Pyongyang Arena from March 31st to April 3rd.

Many might have thought that having a concert in North Korea would be mission impossible. But it seems like everything went well and it was attended by many North Koreans too.

Kim Jong Un is the first North Korean leader to attend the South Korean event. He and his wife attended the art troupe on Sunday.

However, he originally was not supposed to appear at the concert but felt that attending performances held by just the South Korean artists would be meaningful and decided to make changes to his schedule.

So, he changed plans in the last minute and attended the concert.

“(People were) interested in whether I would attend to see (South Korean girl group) Red Velvet. I originally intended to visit the day after tomorrow, but I adjusted my schedule to come today.”

Hence, with the leader’s sudden participation, the event was delayed for an hour, pushing the starting to 6.30pm.

Kim Jong Un is the first supreme leader to attend any KPOP concerts and it is definitely a memorable moment for both North Koreans and South Koreans.