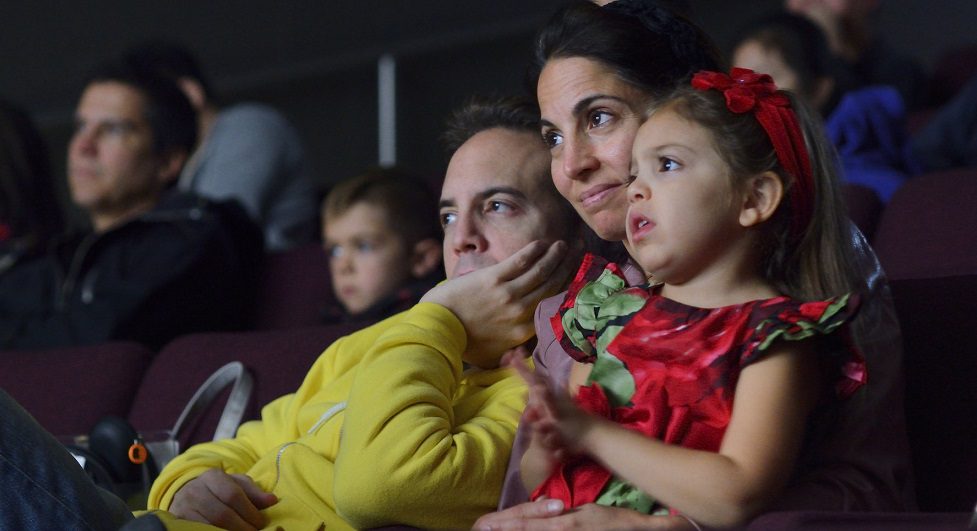 Saudi Arabia is one of the most conservative country in the world. However, ever since King Salman took reign over the nation, he has implemented many modern values into his kingdom.

One of his steps to a more contemporary country for 2018 is to lift the ban on cinemas!

Reuters reported that the very first screening after this ban was lifted was none other than The Emoji Movie. The authorities provided a temporary setting by converting a cultural hall into a movie theatre.

They added a projector, a red carpet and even a popcorn machine to give the place a realistic feel of a cinema.

Mamdouh Salim, who lead Cinema 70, the organiser of this event, told reporters,

“Until now, there is no infrastructure for movie theatres, so we are trying to take advantage of (alternative) venues to approximate the cinematic form.

“We tried to use these films to be a starting point as the first cinematic screening after the decision on Dec. 11 to permit movie theatres.”

A proper cinema will be built and would probably be ready by March, earliest.

Many Saudis visited the make-shift theatre with their families and they all expressed happiness for this positive change.

28-year-old Sultan al-Otaibi told reporters that he was thankful for this change.

“It’s more comfortable, more fun to have a change of scenery and an activity on the weekend. It is a step that was very late in coming but thank God it’s happening now.”

Another person who attended the event wanted to see more than just animated movies in the future. Ibtisam Abu Talib, 30, said,

“I want to see everything because it is something new for Saudi. I hope everything is available – action, romance, children’s films, comedy. Everything, God willing.”

The ban on cinemas happened in 1983 when conservative parties pressured the government into doing so.

This was part of a more conventional form of the Islamic religion which did not encourage public entertainment as well as men and women from mixing in public.

Thankfully, with King Salman’s and Crown Prince Mohammed’s reign, they have introduced many positive changes into their country.

Of course, as far as the movies go, the films will still be censored to ensure that the values remain inline with the country’s.