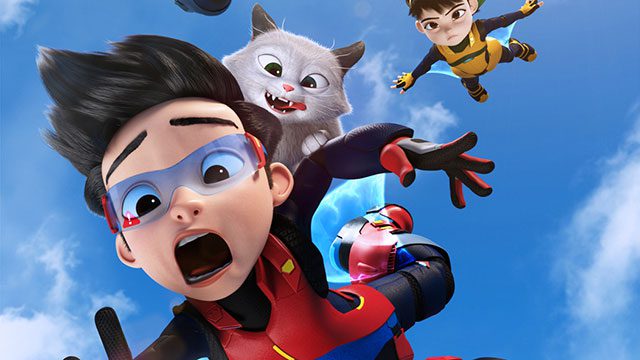 We couldn’t be prouder of our local animated film!

Ejen Ali The Movie continues to dominate local cinema screen with 28 million, after 28 days of its theatrical release in Malaysia, in spite of facing stiff competition with Hollywood big blockbusters.

Following its massive success, Ejen Ali is now set to release in the new year at selected theatres in Indonesia on 1 January 2020 with CGV, Flix cinemas, Kota Cinema and Cinemax.

“The box-office validation for EJEN ALI THE MOVIE in the local scene has definitely opened the doors to bring the EJEN ALI cinematic experience to a wider audience in the neighboring nation of Indonesia.”

Meanwhile, off the big screen more Ejen Ali The Movie exclusive content is set for release on Youtube, starting with rap lip-sync of Bukalah Matamu, performed by the young Ejens from MATA Academy, which garnered over 300 thousand views in just one day.

Due to popular demand, another track from the Official Motion Picture Soundtrack, Mama, performed by Ida Rahayu Yusoff – the voice actor behind Ejen Ali, is set for release this Friday, 20 December. The track has its own sentiment as it was featured in one of those scene in Ejen Ali about his lost mother.

#xtraGiveaway: Join THIS Batman Contest And Win a Golden Chance To Meet Your Superhero!

Are you excited to see your favourite Superhero? You can join the Batman contest right here, right now!

Mark you calendars ladies and gentlemen! Because the young Ejen Ali is back in action in the fourth quarter of 2019!

Ejen Dayang And Neelofa Looks So Alike; Are We Possibly Getting A Collaboration Between The Two?

The resemblance is uncanny! Can fans expect something in future projects?

Do you remember the comedy kung-fu duo Jackie Chan and Chris Tucker? The fourth instalment is finally happening after 11 years since the release of their last movie!