Turner Into A Jonas, Sophie Turner and Joe Jonas Says “I Do” In Stunning French Ceremony 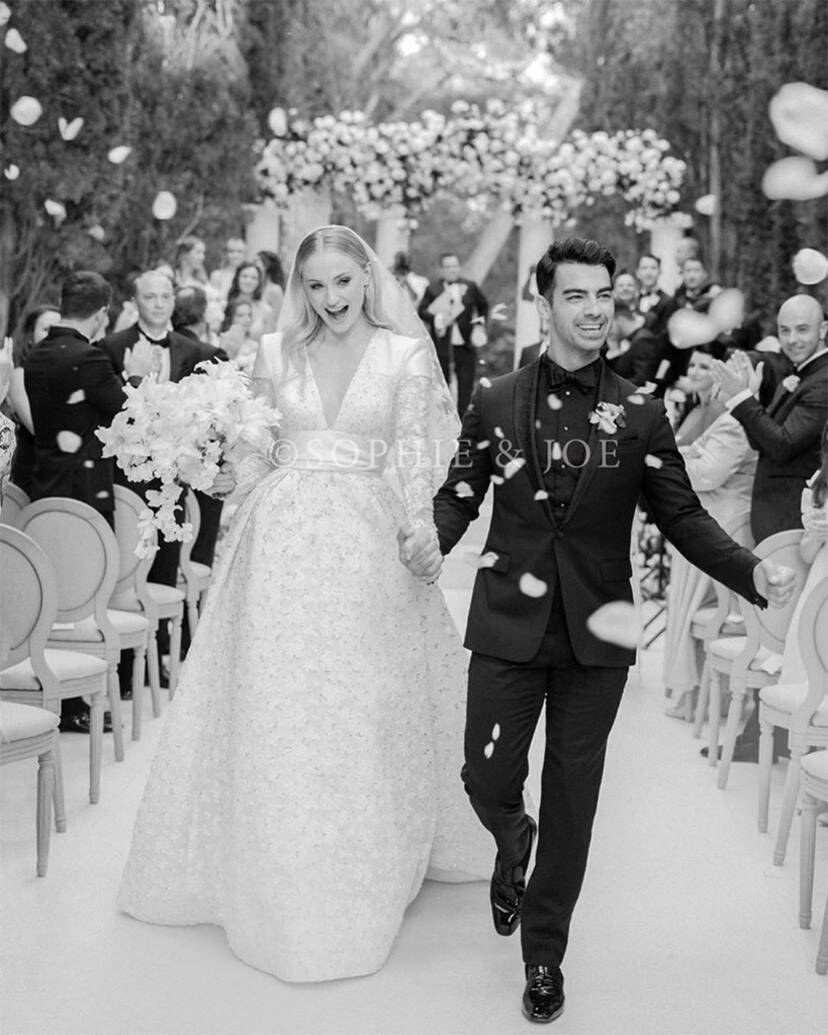 Joe Jonas and Sophie Turner are finally married after getting engaged in October 2017. The newlyweds posted a sweet black-and-white image from the private ceremony last Wednesday night, giving the rest of the world a rare look at the secretive nuptials in the south of France last weekend.

The images on the Instagram uploaded by Sophie shown that the two held hands while walking down the aisle.

Both Turner and her hubby captioned the photo as, “Mr and Mrs Jonas.” Awww..

According to E!News, The couple said “I do” for a second time in Château du Martinay in Carpentras, France, then hosted the reception and after-party at the Château de Tourreau in Sarrians, where they lodged during the wedding weekend.

In early May, the Jonases had their first wedding ceremony in Las Vegas for legal reasons.

The couple first rumoured to be dating in 2016 before they finally got engaged in October 2017.