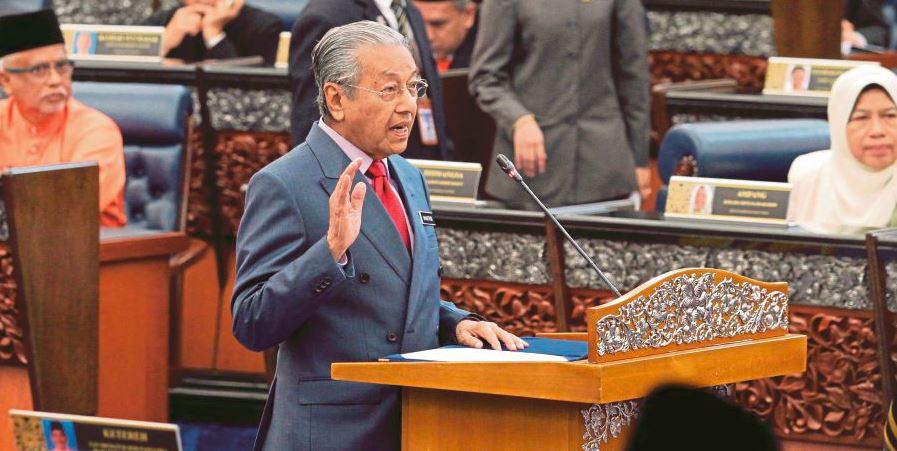 In May, he created history by being appointed for the second time as Malaysia’s prime minister after stepping down in 2003.

On July 16, 1981, Dr Mahathir received his letter of appointment as Malaysia’s fourth Prime Minister from then Yang di-Pertuan Agong Sultan Haji Ahmad Shah and took the oath of office witnessed by then acting Chief Justice Sultan Azlan Shah and then Chief Secretary to the Government Tan Sri Hashim Aman, according to the National Archives.

Today, exactly 37 years later, Dr Mahathir was sworn in as Langkawi MP as he headed the list of over 200 to swear in as members of Parliament in the august house.

At 93, the comeback prime minister adds oldest serving MP to the list of many records which he holds.

Dr Mahathir who celebrated his birthday last week was also Malaysia’s longest serving prime minister during his first tenure in office that lasted 22 years, from 1981 to 2003.

Under his leadership, Pakatan Harapan crushed Barisan Nasional’s (BN) 60-year rule of the federal government in the 14th General Election held on May 9.

While there are arguments disputing this, the “Dr Mahathir” factor has been attributed to the win which saw an opposition pact or entity forming the federal government for the first time in Malaysian history.